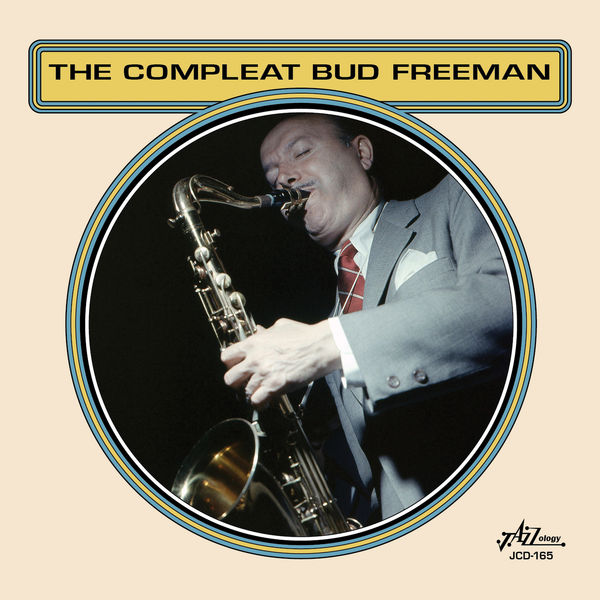 In the early 1920s, he joined a jazz group of white high school students that later became known as the Austin High School Gang. On the weekends, the band, including Bud Freeman, would visit the Lincoln Garden club to hear Joe “King” Oliver’s jazz band. Freeman later said of Oliver’s band, “There was nothing else like it on earth.”

In 1927 he co-founded the McKenzie-Condon Chicagoans and moved to New York. There he worked with Roger Wolfe Kahn, Ben Pollack, Joe Venuti and Ray Noble, among others. Freeman was the lead soloist on the 1933 recording of Eddie Condon’s The Eel. In 1936 he played with Tommy Dorsey and in 1938 in Benny Goodman’s orchestra, which he left after a year.

Bud Freeman helped found The World’s Greatest Jazz Band in 1968 and stayed for three years before leaving to pursue his solo career. After a brief stint in London in the late 1970s, he returned to Chicago. He continued playing until ill health forced him to give up music in the 1980s.

Bud Freeman died in Chicago, Illinois, at the age of almost 85. His recordings with jazz and big band drummer Gene Krupa in the late 1920s became Chicago jazz classics such as the Jazz Classics 1927-1928. Many experts describe him – together with Coleman Hawkins – as one of the first important tenor saxophonists in jazz; his musical and stylistic influence on the great Lester Young is unmistakable.