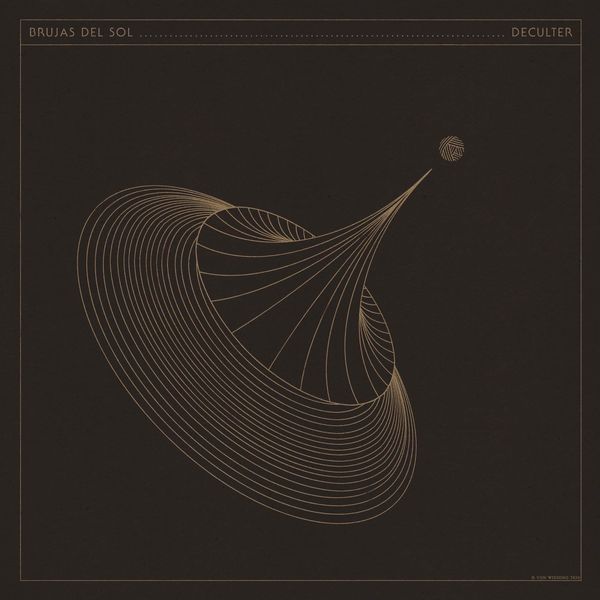 “Deculter” is the quintessential record of the Brujas sound. Though several songs were written over a year before we recorded this album in the summer of 2020, that turbulent time only made us strive harder to capture our musical catharsis.Alongside the rest of the world, our personal lives have changed quite a bit since we last released music. Adrian moved to Asheville, NC from our hometown of Columbus, Ohio; he and Derrick are now brother-in-laws, and Josh has become a father. Also, for the first time since forming this band 10 years ago, we wrote, recorded, and toured as a trio.

There was a sense of urgency, stronger than we’ve ever felt before, to get this album done and do it right—to prove to ourselves that making music was not only still possible, but necessary after everything we’ve been through together.

The heavy riffs, ethereal melodies, propulsive drums, and pulsating synths that are our trademarks have been refined on “Deculter” to something more than the sum of its parts. We hope this album is for you what it is for us: raw, progressive, and uncompromising.