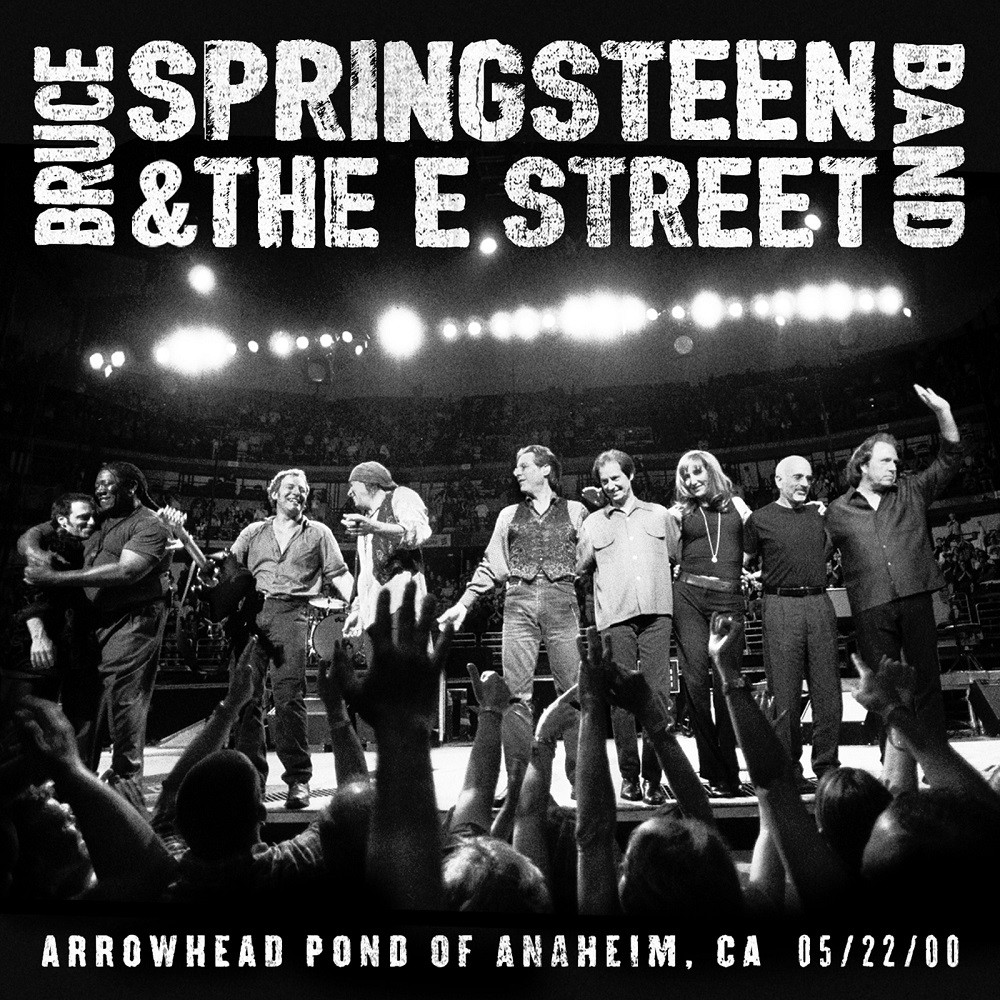 We often cite the Reunion tour as a demarcation between the “classic” and “modern” Springsteen eras. Yet this April already marks 23 years since the start of the Reunion tour in Barcelona. Do the math, and the E Street Band’s return in 1999 is inching ever closer to being the midpoint of their overall career—a line to be reached in 2026, at which point it will have been 27 years from the start of Reunion; and Reunion itself was 27 years after the band formed in 1972. Time flies.

Springsteen spoke movingly from the stage in 1999-2000 of the band’s rebirth, and we’ve seen that play out in memorable tours and albums ever since. But Reunion was a celebration of what came before and the rediscovery of the breadth and depth of the music Bruce and the E Street Band made together. That exploration manifested in setlists that saw Springsteen performing brilliant “lost” songs finally released on Tracks in 1998, revisiting deep catalog cuts unplayed in decades, changing up the arrangements of familiar material, and still throwing in the occasional surprise cover version.

Anaheim 5/22/00 ticks all four boxes and serves as an exemplar of what the Reunion tour had on offer. This second night of two opens with one of those marvelous outtakes, “Take ’Em as They Come,” recorded for The River. For those of us who purchased dodgy vinyl and traded hissy cassettes of unreleased Springsteen music in the years before Tracks, it is still miraculous to hear “Take ’Em as They Come” in the show, sounding every bit the epic rocker it was always destined to be. The band is hot out of the gate, and the song’s false ending, with Garry Tallent tipping his hat to The Beatles’ “Rain” and Clarence Clemons bringing the song home with his soaring sax, is immensely satisfying.

Following that promising start we get an inviting reading of “The Promised Land,” layered with lovely piano tinkling from Roy Bittan, and a rousing “Two Hearts” that shines the spotlight on Stevie Van Zandt, whose vocal contribution represents the beating heart of the reunited band.

A nasty guitar riff launches “Darlington County,” which nearly veers into the Rolling Stones’ “Honky Tonk Women” for several bars before Bruce turns the wheel back to his own Born in the U.S.A. lane. Nils shares the mic for the “Hey little girl, standing on the corner” verse, and Van Zandt’s guitar drives a crunchy, extended outro. Once keyboard-dominated, the Reunion “Darlington County” is all about axes.

Another of those lost songs, “Rendezvous,” steps to the plate, reminding us of Bruce’s pop bona fides and the magic in those chiming guitar chords. Patti Scialfa’s vocal turn helps “Rendezvous” rise, and there’s a fun twist in the arrangement towards the end when the band falls out for three bars of, “I want a rendez….I want a rendez…I want a rendezvous.” There’s a sweet section of Danny Federici organ swirls, too, as the song skips to a charming close.

Another recurring thread on the Reunion tour was the introduction of a country music influence in the arrangement of some songs, notably “Factory” (at other shows, Bruce applied similar country strokes to “Mansion on the Hill”). Nils plays lap steel guitar, Danny accordion on this new arrangement that showcases strong duet vocals from Scialfa. , and that Nashville sound extends to create a fresh intro to “Independence Day.” It’s a doleful take on The River’s father-son tale, measured and meaningful, with lovely playing from Bittan and a spirit-lifting solo from Clemons.

The center of the core Reunion tour setlist was the five-pack, and we get a solid one here: “Youngstown,” “Murder Incorporated” (another of the “I can’t believe they’re playing it” outtakes we now take for granted), “Badlands,” “Out in the Street,” and a snippet-laden “Tenth Avenue Freeze-out” that dips a toe into Curtis Mayfield’s “It’s All Right,” Al Green’s “Take Me to the River,” Springsteen’s own “Red Headed Woman,” and Sciala’s solo “Rumble Doll.” In Bruce’s sermon, this line in particular stood out: “I want to go to the river of joy and live there.” Easier said than done, as we learned in Springsteen on Broadway.

The de facto second set opens with the first E Street Band performance of Human Touch’s “Roll of the Dice,” co-written, in case you’ve forgotten, by Bruce and Roy. Steve’s call-and-response vocals and The Big Man’s sax solo lend a distinctly River feel to the E Street rendition of the song, which was surely being test-driven for inclusion in the Las Vegas show five days hence. Springsteen appears to love the result, getting his money’s worth by telling the band to go “one more time, take it around.” “Roll of the Dice” has been played but a dozen times by the ESB, making its inclusion here all the more sweet.

Rarer still is the country version of “No Surrender,” which goes even further than “Factory” with Nils on pedal-steel guitar, sparking an arrangement that is more Nashville Skyline than Nashville, and more specifically nods to Bob Dylan’s “I Want You” from Blonde on Blonde, a song Bruce covered back in 1975. The slowed down, wistful arrangement debuted in Cleveland in November 1999 and was only played seven times on Reunion.

It was surprising to learn “Racing in the Street” was only performed 15 times on the Reunion tour, which feels low for such a significant song in the catalog. Bruce sings it a bit differently than previous tours, with a similar vocal cadence to “Thunder Road” circa 1999-2000 that takes some getting used to. Hearing it now, what comes through is a deep weariness as the narrative unfolds like a distant memory. The band sounds sublime, especially Danny, Roy, and Clarence’s rich baritone sax notes.

Time to lift spirits, and “Light of Day” does just that—all the more fun with a brief foray into The Rivieras’ “California Sun” (written by Henry Glover). Rollicking continues in the encore with a loose “Stand on It” (again featuring some twangy slide guitar), a true blue “Bobby Jean” with strong sax work from Clemons, “Born to Run,” “Thunder Road,” and the majestic “If I Should Fall Behind.”

“Land of Hope and Dreams” signals the night is coming to end, but not before one last surprise. Seemingly out of nowhere, the band breaks into Van Morrison’s “Gloria,” which starts with a suitably filthy guitar riff and full-throated vocals from Bruce. Stevie and Clarence join in to sing on the chorus. “Gloria” rolls straight into a long “Ramrod,” powered by Clarence’s fat sax notes, Max Weinberg’s big snare and hi-hat hits, and the big bottom of Garry’s bass.

Given how much fun Bruce and Stevie have singing “Ramrod,” it feels like it might never end, but after seven crunching minutes, like all good things must, “Ramrod” grinds to a close to end the evening.

Lost songs, rare tracks, new arrangements, and covers, Anaheim 5/22/00 has them all and adds yet another phase of the ever-evolving Reunion tour to the Live Archive series.