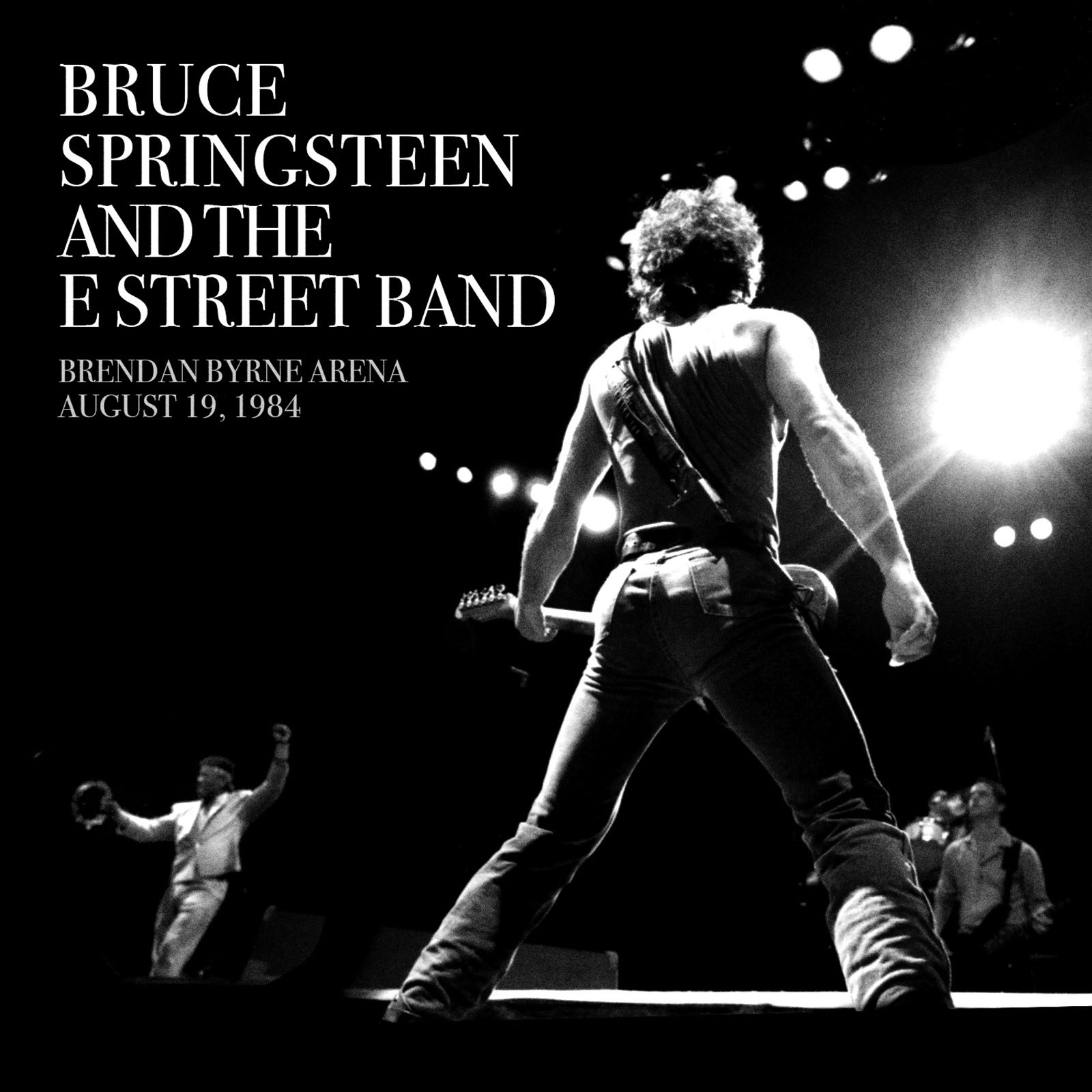 As measured by cultural impact and mass popularity, Bruce Springsteen’s 1984-85 World Tour was the apex. Considering its stunning scale, playing multi-night stadium stands, it’s easy to forget that 1984 was a rebirth of sorts, the start of a new era as much as a continuation of what came before it. On the biggest tour of his career, Springsteen was rebuilding the engine while the plane was flying.Synthesizers like the Yamaha CS-80 had been part of Springsteen’s sonic signature since The River tour, albeit in a subtle manner that was more about background tones and mood. With Born in the U.S.A., synths moved front of the mix (playing lead, so to speak) on the title track and the smash single “Dancing in the Dark.” Fun fact: Did you know a CS-80 tips the scales at over 200 pounds?

When the tour kicked off at the St. Paul Civic Center in June 1984, Springsteen hadn’t performed a proper concert in nearly three years, but he had released two new albums, including Nebraska, his first-ever solo and acoustic effort. How would those songs work on stage with the E Street Band?

The Live Archive series already features the first two shows and the final night of Bruce and the band’s ten-show stand at Brendan Byrne Arena in New Jersey. With the addition of 8/19/84, the penultimate show of the run, we get perhaps our clearest picture yet of Springsteen flying live without a net when the stakes were highest.

While he doesn’t come in for praise as often as other band members given his position in the sonic landscape, Garry W. Tallent is the anchor of the E Street sound, and he stands out especially loud and proud in Jon Altschiller’s new multitrack mix of August 19. His playing is thicker than ever in “Born in the U.S.A,” especially the bridge before the final breakdown, and Garry and Max carry a powerful “Atlantic City” that’s as good as any captured on tape.

Bruce’s own guitar strumming in the opening verse of “Atlantic City” is crystalline crisp. His vocals here and throughout the night are in peak form, a model of power and total control. Tallent’s bass part in the song’s final verse and chorus is sinewy, moody, and, as always, flawless. There’s also fine work from Danny Federici on organ as Bruce sings, “Put on your stockings, babe, ’cause the night’s getting cold.” Lastly, Lofgren’s background vocals in the final chorus ring true just before Bruce yells, “Draw blood!” They crushed it.

The 8/19/84 Nebraska mini-set offers two other striking turns. “Reason to Believe” is the one track from this show featured on Live/1975-85, but it gains additional meaning heard here in context immediately after “Atlantic City” in a different mix that again spotlights Garry Tallent’s superb bass arrangement.

Then there’s “My Father’s House,” in only its second performance ever and one of but five on the entire tour. Bruce introduces the song with a short anecdote about sneaking through the woods at dusk, “and then I had to get home and get by my old man…Sometimes that was scarier.”

In what might be the vocal highlight of the entire show, Bruce sings “My Father’s House” with vivid frankness, backed by the sympathetic support of Tallent on bass, Lofgren on mandolin, Weinberg on brushes, and Bittan on synth. When Springsteen’s rich voice rises with the line, “It stands like a beacon, calling me in the night” you’ll feel the chills. The solo acoustic “My Father’s House” from the Christic benefit show performed in 1990 and released in the Live Archive series is excellent, but this rare band arrangement is stunning.

The rest of the first set remains true to form for the period, with a nice stretch of BIUSA songs coming out of the Nebraska trio and classics like “Badlands” and “Thunder Road” leading into the break. It’s worth noting that 8/19/84 offers notable readings of “Darkness On the Edge of Town” in the first set and “Prove It All Night” in the second. Both benefit from Springsteen’s stirring vocals and guitar work, and, in Van Zandt’s absence, Lofgren steps up. You can feel him meshing with Bruce, resulting in refreshed performances of two Darkness stalwarts.

The second set is as good as the first, and momentum is building. After the playful trio of “Hungry Heart,” “Dancing in the Dark” and “Cadillac Ranch” coming out of intermission, Bruce taps the Miami Horns for the first time since 1977 on “Tenth Avenue Freeze-Out,” in a preview of their appearance on closing night 24 hours hence. The horns add much joy and vigor to the song, and while he was already having a good night, Clarence Clemons seems to take it up a notch, too.

A tender, solo “No Surrender” is next, then the aforementioned “Prove It All Night” and a stellar, crowd-pleasing version of “Fire.” The crowd certainly knows this one, singing along in full voice, and as good as the Big Man’s saxophone playing is, boy does his baritone voice sound sweet. He and Bruce milk “Fire” for all its worth. “Growin’ Up” keeps the sweetness and local landmarks flowing, complete with Jim the Dancing Bear (who wasn’t done for the night) and massive cheers for “Route 9” and “Toms River” in a tall tale about the early days of Bruce and Clarence on the shore.

Riding in on the emotional nostalgia of “Growin’ Up,”, “Bobby Jean” has heart to burn — and it resonates in a way it hasn’t consistently in recent times, as a standalone song in the encore. Bruce sings it as if Little Stevie were listening (maybe he was in the crowd that night, ahead of his appearance the next evening) and the Big Man lands the solo masterfully.

The set turns back to Darkness again for a pacey “Racing in the Street,” the coda for which is always a showcase for Bittan and Federici, with Bruce adding subtle guitar texture to their interplay. A long, loose “Rosalita” closes the set with extended and particularly funny band intros (e.g. “You may have read [Bittan’s] study of the lost tribes of Hoboken”), and this new model E Street Band is soaring — and most importantly, having fun doing it.

The encore moves from “Jungleland” (with Lofgren stepping up to fill one of Van Zandt’s best-known solos) to “Born to Run” (Federici’s glockenspiel rings out thrillingly) before the Miami Horns return to punctuate “Detroit Medley” and “Twist and Shout – Do You Love Me?” to cap the evening.

Nine nights into a homecoming stand for the ages, 8/19/84 captures Bruce Springsteen and the E Street Band sounding different than ever before but every bit as good, their confidence rightly rising on the strength of outstanding performances by the individual players coalescing at the start of a new era.