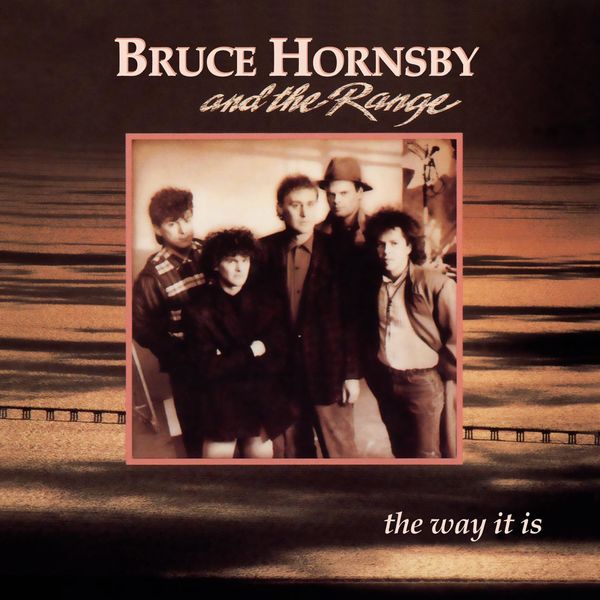 There isn’t a second of Bruce Hornsby & the Range’s The Way It Is that suggests it’s a debut album. On the contrary, the record sounds like the culmination of a band’s efforts over many years. The group has a distinct sound of its own, often led by Hornsby’s bright piano chords and elastic tenor, with cohesive and evocative arrangements; there is new age music here, as well as jazz and country, and the mixture is presented naturally by musicians who seem to have been playing with each other for some time. Similarly, the songwriting has its own flavor. Hornsby wrote seven of the nine songs with his brother John Hornsby, and they create their own world, a working-class environment of longing and loneliness set against the background of the Virginia Tidewater area. (The album cover displays a sepia-toned photograph of the band set over another photograph of the long Chesapeake Bay Bridge.) The lyrics are lightly poetic and restrained, for the most part. The exception is the title song (written by Bruce Hornsby alone), a brave if somewhat clumsily written attack on the heartless right-wing politics of the mid-’80s, as the U.S. suffered through a second Reagan administration determined to roll back civil rights gains. The boldness of the statement and the lovely piano theme more than compensate for the awkward writing, however, making the song one of the album’s most memorable. And that’s saying a lot when the competition includes the engaging “Mandolin Rain” and the appealingly romantic “Every Little Kiss” (Hornsby’s other sole writing credit). Perhaps it shouldn’t be a surprise that the music is so accomplished. Hornsby was no teenage neophyte when he made it, having kicked around the music business and gotten into his thirties, and the band includes such veterans as David Mansfield, who may be remembered as a member of Bob Dylan’s Rolling Thunder troupe and the Alpha Band, as well as being a film composer. Sometimes a debut album just happens to be the first music most people get to hear by a mature talent, and that’s the case here on the debut album of the year. (Bruce Hornsby & the Range went on to win the 1986 Grammy Award for Best New Artist.) – William Ruhlmann