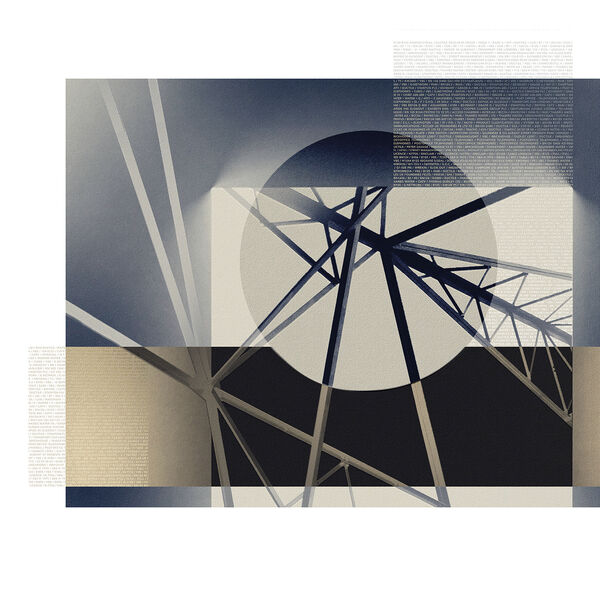 FOREVERANDEVERNOMORE is the 22nd solo studio album from Brian Eno and the first since 2017’s Reflection. The album was recorded and produced by him at his studio in West London and sees Eno singing on the majority of tracks. It’s a sonically beguiling, ultimately optimistic exploration of the narrowing, precarious future of humanity and our planet. As Eno himself concludes, “Briefly, we need to fall in love again, but this time with Nature, with Civilization and with our hopes for the future.”Of course the headline is that FOREVERANDEVERNOMORE is the first vocal-oriented album from Brian Eno in nearly 20 years. The last one, Another Day on Earth—which came more than two decades after its predecessor—was reasonably optimistic and exploratory, with lyrical themes that ranged from ambivalent to abstract (with the one notable exception of “Bone Bomb”), and very much in line with the sort of albums Eno was making the ’70s. FOREVERANDEVERNOMORE is not that kind of album. While it’s probably the only release in history to get the word “nematodes” sung in the first minute of play, what truly sets it apart is the unmoored grimness at its heart. Eno’s ambient works have always had a measure of optimism; the very idea that music could be constructed purely to accentuate a space or modality—to be enjoyed while doing something else that’s pleasurable or worthwhile—is, at its heart, a hopeful notion. Likewise, his “pop” material has inspired warm, abstract visions of weirdness that could be playful (“The Fat Lady of Limbourg”), loopy (“King’s Lead Hat”), or simply magical (“On Some Faraway Beach”). Here, those modes combine into a selection of cuts that are technically “vocal songs” which are largely free of any of the standard trappings of “songs.” There’s no percussion, very little foregrounded melody, and even less thematic resolution. Functionally, this is an ambient record that uses Eno’s voice as another piece of material with which to build out a soundscape, one that is sincerely unhopeful. Included among the 10 tracks is “There Were Bells,” originally performed by Eno and his brother Roger at the Acropolis in 2021. Infused with literal ambience (in this case, birdsong recordings), “Bells” is a gentle, elegiac number that, when paired with album-opener “Who Gives a Thought,” focuses Eno’s despair at the climate emergency into a mournful regret that we may be too far gone. By the time FOREVERANDEVERNOMORE closes out with the futuristic ephemerality of “Making Gardens Out of Silence” Eno has taken the listener into what ultimately sounds like the echoes at the end of the universe. “Garden of Stars” is probably one of the darkest, angriest pieces Eno has ever recorded, veering into a fatalistic cynicism that’s honestly shocking, but delivered with resignation, rather than aggression. (Thankfully it’s followed up with the placid instrumental “Inclusion.”) And while some cuts feel a little more traditional (or at least recognizable) in their approach—”Icarus or Blériot” feels like an homage to Harold Budd, with its warm aqueousness, and “Sherry” even has lyrics that follow the song’s melody—the overarching mood and theme of FOREVERANDEVERNOMORE is funereal, despite, or perhaps because of, is beauty and elegance. – Jason Ferguson