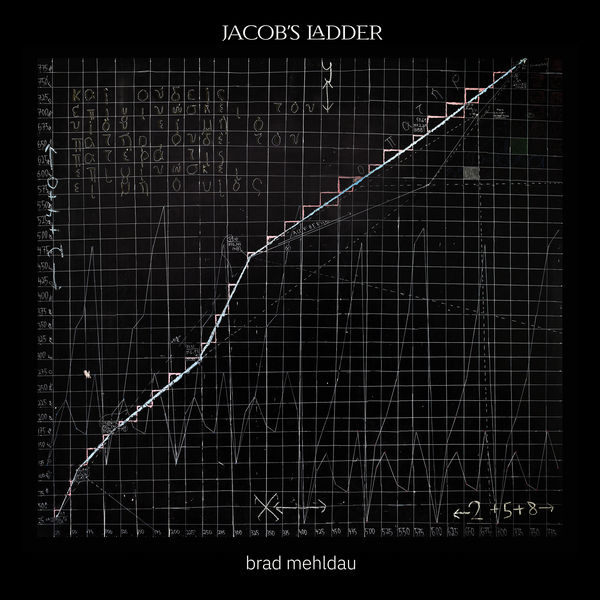 He never snubbed the music of his time, quite the contrary, and often shed the clothes of a worthy heir to Bill Evans and Keith Jarrett that he was put on in his early days. But with Jacob’s Ladder, Brad Mehldau signs perhaps one of his most … atypical projects? A kind of trip to the land of progressive rock, mixed with a divine quest, this album is first of all a peek into retro. During those years when the young Mehldau was gorging on prog’ listening to Rush and other Emerson, Lake and Palmer records on a loop. “Progressive rock is the music of my childhood, before I discovered jazz. It matched the fantasy and SF books I had read by C. S. Lewis, Madeleine L’Engle and many others, when I was 10, 12 years old. It was my gateway to the fusion of Miles Davis, Weather Report and the Mahavishnu Orchestra which, in turn, was the gateway to more jazz… Here, the prog’ of Rush, Gentle Giant and Emerson, Lake and Palmer only hints at the conceptual, compositional and emotional range of the genre. These and many other bands have continued to influence new bands that bring progressive impulses in hard rock and math metal, such as Periphery, whose music is included here, and who also inspired the angry voice on the track Herr und Knecht. »

The result is the most confusing and as eclectic as the progressive rock of the 70’s could be. With drummer Mark Guiliana, saxophonist Joel Frahm, mandolinist Chris Thile, guitarist Pedro Martins, and the vocals of Cécile McLorin Salvant, Becca Stevens, Tobias Bader, Safia McKinney-Askeur and Luca van den Bossche, Brad Mehldau signs a protean record, light years away from his piano bass drums trio albums. Between concept album and cerebral trip, he assembles intriguing and stateless compositions that distort styles and borders, and puts on the counterpipes (he even takes Tom Sawyer from Rush) and the incessant rhythm changes. Even in his instrumentarium, he dares everything, from the good old Steinway to the glockenspiel, through the Korg and Yamaha synths, the Moog, the Wurlitzer, the Mellotron, the Fender Rhodes, the harmonium or the Hammond organ! One can come out perplexed from so much creativity as totally hypnotized. The bias is such that the Mehldau from Jacob’s Ladder will not leave anyone indifferent