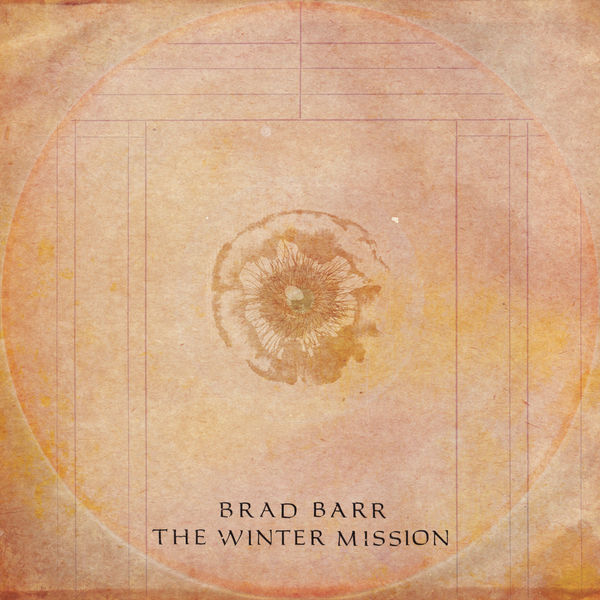 From his debut album, The Fall Apartment, it was clear that Brad Barr, known for his work in band The Slip and his sibling Americana duo The Barr Brothers, was more than an emulator in the solo guitar genre, something he further proves with The Winter Mission. His second is a complex recording that shifts into different styles from track to track; the resulting set can be fairly challenging in places, with densely structured pieces entwined with almost eerie sparseness (Safe), but the music, recorded solo with no overdubs (this in itself is surprising), is carefully considered and intelligent.

Although Brad is quite original in his playing, it was fun listening to The Winter Mission and hearing fairly obscure reminiscences pepper the sound, even just for a moment on some tracks. Cleveland, OH, for example, with its lovely picked nylon string guitar lines and minor notes, has echoes of dbh‘s Defy/Win from his Mood album. Autonomie has a similar feel, but with a more melancholy air (it would feel at home on Mason Lindahl’s Kissing Rosy in the Rain), while opener 3,4,5…6 also uses nylon strings to play out a faster and busier melody piece, beautifully performed. Elsewhere, a suggestion of Toby Hay‘s chiming twelve-string guitar high notes is keenly felt on Ancient Calendars, an improvised piece. Brad takes his time here by changing the focus from lower notes to higher throughout the song, bringing a complexity and shifting mood to the music.

Completely different again is Your Dad’s Awake, a sparse and strange electric guitar piece, with reverb tendrils and ghostly squealing sounds emerging from a light fog of amp sound. This one is a great example of how to effectively play less and create a fascinating piece of music that hooks the ear. Two Hundred and Sixteen feels like a splicing of the melodic picking songs on the record and the more abstract pieces, like Your Dad’s Awake. Here Brad uses an amplified modified guitar (some kind of wire acting as a strange bow, perhaps) to create an eerie landscape juxtaposed with some quite gorgeous and delicately picked notes. This track feels like the centrepiece to the album in much the same way that Blue Ocean 0 underpins Daniel Bachman’s Axacan.

The Winter Mission is the type of album where it’s easy to discuss every song on it at length. I could go into the splendid, amplified lap steel on Baseball or the gorgeous blues-style picking and killer beat on Magic Square, another one of my top picks here. All of these notes add to the conclusion that this is an album of riches that needs to be given plenty of listens and plenty of time. It will certainly reward you.