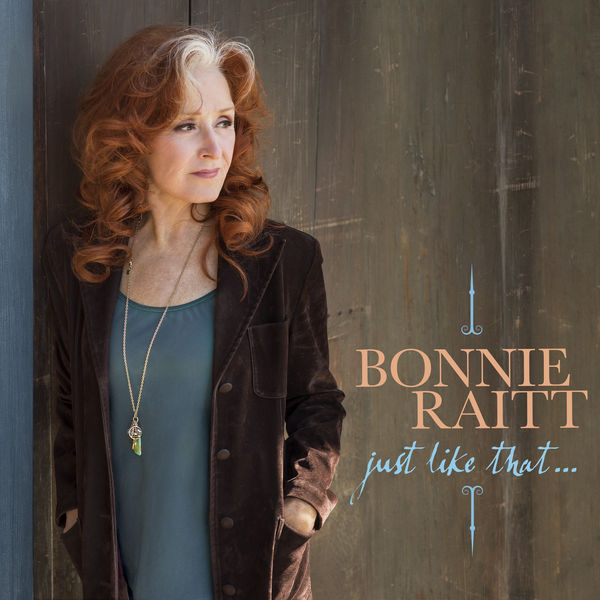 Time has been good to Bonnie Raitt. At 72, she sounds great—and as strong as ever. The California roots-rock queen has said she wanted to try new styles on her 21st album, but there are no wild U-turns here. When she adopts a little Lyle Lovett jazziness on “Something’s Got a Hold of My Heart”—accented by Glenn Patscha’s seesaw piano and her own slow-hand guitar—she sounds like Nick of Time era Bonnie Raitt. Ditto the sexy, funky blues rock number “Waitin’ for You to Blow,” with its cocksure rhythm and a killer Hammond solo by Patscha. The whole thing sashays, and Raitt delivers the title line in a whispered growl that really belies her years. She plays around with R&B—heavy on the blues guitar—on the terrific “Made Up Mind,” and tries on a little New Orleans street jazz sass for “Love So Strong.” Her voice is so perfectly suited for the Dylan-esque ballad “Just Like That,” about a man who died too young but donated his heart to save someone else’s life. Told from the stricken perspective of his parents as they meet the man with their son’s heart, she brings incredibly rich empathy to the story: “They say Jesus brings you peace and grace/ but he ain’t found me yet,” Raitt sings at first. Then, “I spent so long in darkness/ I thought the night would never end/ But somehow grace has found me/ and I had to let him in.” There’s a similar feel to “Down the Hall,” a John Prine-like story song with the narrator finding redemption and hoping for good karma by caring for hospice patients—taking care of a dying stranger who has no one, washing his feet, shaving his bony head. Raitt, who has been making records for more than 50 years, is unafraid to face mortality on Just LIke That; it’s a running theme, but matter-of-fact and in no way depressing. In fact, “Livin’ for the Ones”—”Keep livin’ for the ones who didn’t make it/ Cut down through no fault of their own”—is absolutely alive with spitfire energy, a juke-joint blues rocker led by Raitt’s ferocious guitar. “Just remember the ones who won’t ever feel the sun on their faces again,” she sings, and it feels like a jubilant rallying cry. She even makes amends on the Sunday-morning gospel blues of “Blame it On Me,” drawing it out like taffy before she finally hits a high note of salvation and shifts the blame: “Ooooh, gonna blame it on you!” (After all, the clock’s not stopped yet.) Raitt also sounds completely relaxed and like she’s having a ball on “Here Comes Love”— a little bit of funk, a little jazz piano, a little street percussion. “Chicken ‘n’ dumplings that’s all it’s gonna take/ Just to make you stay for the ice cream cake” are the words of a woman who hasn’t lost a beat. – Shelly Ridenour