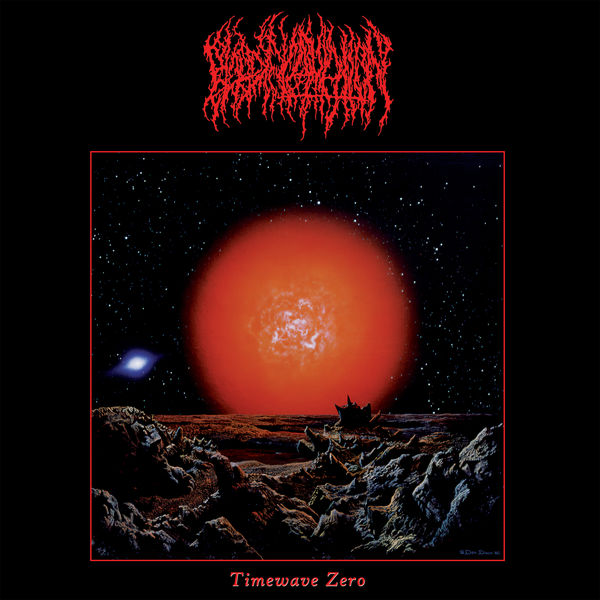 Self-awareness is a beautiful thing. Think about this for a moment. You’re a death metal band at the top of your game. Your last record, Hidden History of the Human Race was lauded to the genre’s loftier heights; transcending critical reception and launching the band’s name well past the limits of that said genre. What do you do? Well if you’re Blood Incantation (lucky you!), you do exactly whatever you desire. Naturally, that means this death metal juggernaut is prime to release a completely ambient record, purple smoke and airy mysticism. Wait. What? Not that any of this has been a state secret. For quite a while now these guys have been pretty open about where album number three would go. Wider descriptions of psychedelics a la Pink Floyd and airy kaleidoscope ambience progressions have been dangled in front of the fan base more akin to worshiping gnarled, distorted riffs and blasted snare sections. As you could imagine; the album’s reception hasn’t yet stood the tests of time. Thankfully, Timewave Zero is a journey through both space and time. Continuing Blood Incantation’s surge from one successful record to the next.

That’s not to lift your expectations to the oh so lofty heights of the group’s previous outing, Hidden History of the Human Race oh no. In all but atmosphere, Timewave Zero is as much a departure from the band’s lauded death metal roots as the ambient genre is away from progressive death metal…chalk and cheese if you will. But there’s nothing as tasteless as chalk to be found within Timewave Zero’s eight tracks, nor is there cheese to be found within the two sides of Blood Incantation’s newest space exploration. “Io” and “Ea” ebb and flow, pulsing with the cosmic introspection of a 70s sci-fi flick; atmospheric climes become stock standard in place of the double-bass drumming and progressive guitar virtuosity the band is better known for.

Timewave Zero is synth-ly immense and strikingly minimalistic as Blood Incantation travels from one side of the universe to the other in a vehicle of their choosing. While the group’s newest effort is a deliberate and focused path to making the “most Blood Incantation record ever” the band is dismissive of trend hopping, or fitting into the expectations of unnamed third-parties, cleaning the palette for whatever is to come. Timewave Zero isn’t going to fuel everyone’s jet, and those looking for another slab of progressive death metal madness are sure to be miffed. Comparatively speaking, this little group from Denver set the bar dizzyingly high with their death metal albums one and two, but regardless of preference, Blood Incantation continues to impress—resetting the timeline as they go.