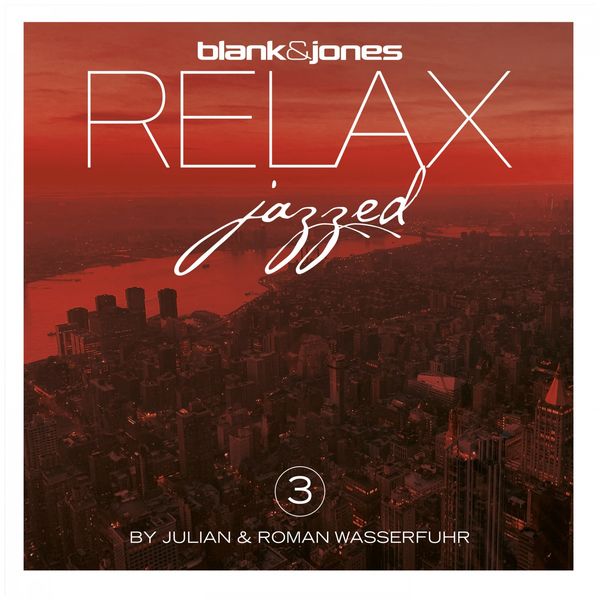 Blank & Jones together with the two jazz musicians Julian & Roman Wasserfuhr received the Jazz Gold Award from the German Music Industry Association (IFPI) for their work “RELAX Jazzed” in Cologne.

“Relax Jazzed” has been in the TOP 10 of the Russian Apple Music iTunes Jazz Charts for 10 years without interruption and has reached the top position there several times over the course of time.

After the second “RELAX Jazzed” album was recorded in 2014 with the exceptional pianist Marcus Loeber as a minimal silent piano work, it was now time to tinker again with Julian & Roman Wasserfuhr in the studio and to take the unique project, in which classics of the legendary producer team Blank & Jones are transferred from electronic music to jazz, to a new level.

“RELAX Jazzed 3” seamlessly continues the “signature sound” of the first album, but this time, in addition to the classic jazz sounds of trumpet, piano, double bass, drums, cello or hang drums are also used as discreet additional impulse generators. The whole thing is realised with a lot of vision, incredible playing skills and a brilliant arrangement by Julian & Roman Wasserfuhr. Additional guests in the studio are star guitarist Bruno Müller, cellist Jörg Brinkmann, violinist Axel Lindner and saxophonist Georg Wurth. David Rynkowski is also a guest singer on the new song “A Bright Star”.

The result is a perfect late night jazz album – music for the soul, calm and relaxing. Melancholic without sounding sad. The ultimate “sweet spot” – like a warm shower, a cosy blanket that creeps warmly into the auditory canals and ensures well-being with its perfect sound.

In addition to seven classics from the Blank & Jones songbook (including “The Nightfly”, “Desire” and fan favourite “Fallen”), this time there are also 3 completely newly written tracks to listen to.