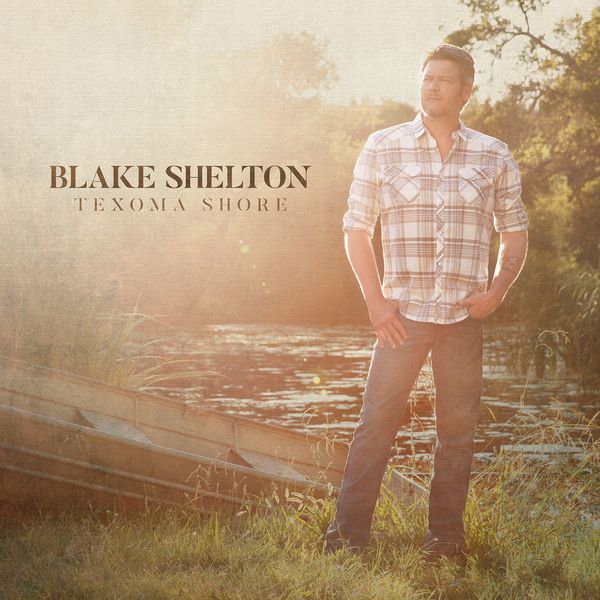 Texoma Shore is a shout-out to the beaches of Lake Texoma, a body of water that’s close to where Blake Shelton grew up. It’s also near where he recorded this, his tenth studio album, and if there’s an implicit homecoming in his choice of naming the record after his old stomping grounds, it’s a sentiment that can’t be heard in the music. Relaxed and easy, Texoma Shore is the sound of “Blake Shelton: Superstar,” the good ol’ boy who made good in Hollywood. His paramour and Voice co-star Gwen Stefani isn’t heard, but she’s felt, specifically in the album’s deft blend of glamour and comfort, but also in a fleeting lyric reference to Stefani’s endorsement deal for a specific cosmetic line. This line undercuts Shelton’s occasional attempt at down-home charm, particularly on the disingenuous “Money,” a song where he and his girl aren’t able to afford Charmin, sport second hand cut-offs/ and leave “the doors unlocked because there’s nothing left to steal.” The tell in “Money” is how he dreams of sipping sake at Nobu, a reference that flows easily from Shelton’s lips because he’s now a celebrity, not a mere country star. He acts this way throughout Texoma Shore, sanding the twang out of his voice — it only surfaces when things get a little rowdy but things only get a little rowdy, and not that often — and opting for a polish so slick it shines. What distinguishes Texoma Shore from its predecessor, If I’m Honest, is that it’s a groove album, not a collection of ballads. Shelton sounds settled and happy, singing about longterm romances and memories, the kind of songs that reflect a relaxed middle age. There are some surprises to be found in the production by Scott Hendricks — notably, “Beside You Babe” has a nimble R&B beat and “Turnin’ Me On,” the only song co-written by Shelton, plays like Lindsey Buckingham producing Alabama in 1982 — and that’s enough to make Texoma Shore into a cozy record that’s not complacent. – Stephen Thomas Erlewine