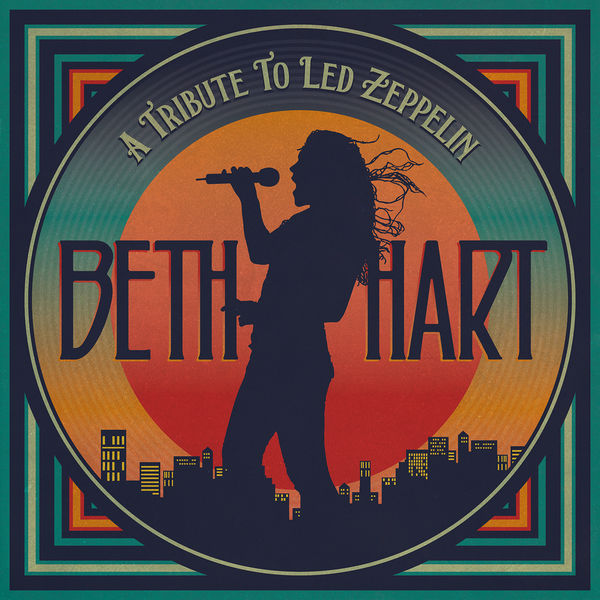 Not so surprising to learn that Beth Hart is taking on the Led Zeppelin monument in an entire album, after shielding her concerts so much with covers of Whole Lotta Love. Slash had even joined him in 2010. Rare are those who can rub themselves into Robert Plant’s voice without looking pale. But the Californian is far from being one of them and Rob Cavallo understood it very quickly when he heard him improvising on Led Zep, during recording sessions for his latest album War In My Mind (2019). The American producer at the head of Warner already had the idea of an album, driven by sound engineer Doug McKean with handpicked musicians: Tim Pierce on guitar (Bruce Springsteen, Tina Turner), Chris Chaney (Rob Zombie, Slash) on bass, Jamie Muhoberac (Bob Dylan, Rolling Stones) on keyboards and drummer Dorian Crozier (Celine Dion, Joe Cocker). This tribute therefore begins very strongly with Beth’s favorite, Whole Lotta Love, on which she excels, then aligns the blockbusters of the Page and Plant repertoire: Kashmir, Stairway To Heaven, Black Dog … If the flashy and massive orchestration signed Dave Campbell can leave more than one on the tile – the purists first –, this tribute proves that Beth Hart, who finds in the airship blues the perfect ground of expression for her hoarse and powerful voice, at the crossroads of a Janis Joplin and of an Aretha Franklin, remains far too underestimated.

It may not come as a surprise to learn that Beth Hart has dedicated an entire album to tackling LED Zeppelin’s monumental repertoire. After all, she’s always sneaking Whole Lotta Love covers into her concerts (Slash even joined her in 2010). Few people can cover Robert Plant’s vocals without missing the mark, but this Californian musician is one of them. Rob Cavallo soon recognised this when he heard her improvising on LED Zep whilst recording her last album War in My Mind (2019). The American producer was already working on an idea for an album; it was led by sound engineer Doug McKean and featured handpicked musicians: Tim Pierce on guitar (Bruce Springsteen, Tina Turner), Chris Chaney on bass (Rob Zombie, Slash), Jamie Muhoberac on keyboards (Bob Dylan, Rolling stones) and Dorian Crozier on drums (Céline Dion, Joe Cocker). This tribute starts off strong with Beth’s favourite Whole Lotta Love, which she absolutely nails. This track is followed by a line-up of hits from Page and Plant’s repertoire: Kashmir, Stairway to Heaven, Black Dog… Although Dave Campbell’s glitzy arrangements might not be for everyone–especially die-hard LED Zeppelin fans–this tribute proves that Beth Hart, whose raspy, powerful voice is not unlike that of Janis Joplin and Aretha Franklin, is majorly underestimated. – Charlotte Saintoin