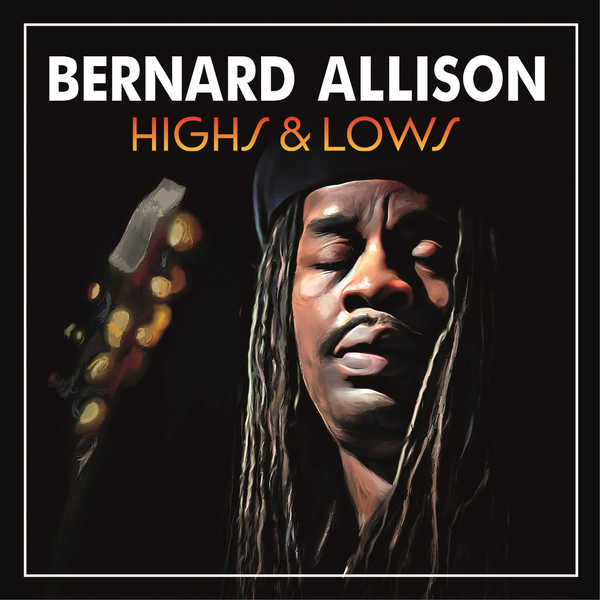 Last October, when Bernard Allison returned to his old haunt of Bessie Blue Studios, Tennessee, to be greeted by fabled producer and career-long collaborator Jim Gaines, it felt like coming home. And when Allison fired up the amps, counted in the band and embarked upon his latest studio album, Highs & Lows, everything felt right with the world. “Just to be able to create music again after the pandemic,” he says of that long-awaited rebirth, “was incredible.” For 56 years, music has been Bernard Allison’s essence. As the youngest son of the much- missed Chicago bandleader Luther Allison, he was a bluesman from birth. One week after graduating high school, Bernard cut his teeth on the road with Koko Taylor’s Blues Machine lineup – and ended up staying for most of the ’80s. By the close of the decade, however, he assumed a twin identity, leading and writing for his father’s band, while forging a solo career that exploded in Europe off the back of early albums like The Next Generation (1990), No Mercy (1994) and Funkifino (1995).

Highs & Lows sees Bernard acknowledge his lineage through two classic songs by his father – Gave It All and Now You Got It – while offering nine originals. Try the irresistible groove of Hustler: a funk gem written by Bernard with Andrew Thomas, whose horn-and-harp groove evokes the strut of the title character. Or the masterful Last Night, which shifts tempo from an upbeat chop to a weeping slow- blues, capturing the changing moods of a man chasing his runaround woman. As for the title track, Bernard says it speaks for anyone left bemused by life’s rollercoaster: “It’s a part of life, the ups and downs that everyone deals with.”Right now, with a new album of stellar material to take out on his New Year tour, Bernard Allison is back in the ascendency – and the man can’t wait to return to his natural habitat. “The song So Excited is basically about the excitement of being able to be back on the road again,” he says. “I think everyone can relate to that.”