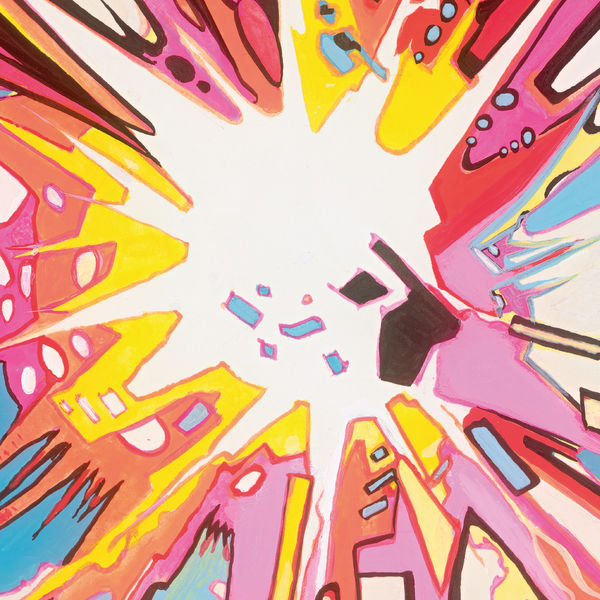 Two years in the making Kosmik Musik is a collaboration between artist Joe Currie, writer Ben Wheatley and musical group Beak>, who worked closely with the artists to provide a musical accompaniment for the graphic novel.

The project comes with a sonic accompaniment by Beak> who have live dates on the horizon including Primavera Sound in LA.It’s hard to think of a collaboration that could be a more perfect fit for Beak> than Kosmik Musik, the soundtrack to Joe Currie and Ben Wheatley’s graphic novel of the same name. Currie and Wheatley’s interstellar tale takes inspiration from 1970s and ’80s sci-fi ranging from Star Wars and Star Trek to Douglas Adams and Metal Hurlant, an aesthetic and era that the members of Beak> are more than familiar with based on their work together and separately (Geoff Barrow’s project Drokk was based on the long-running Judge Dredd stories that appeared in the comic anthology magazine 2000 A.D. in the late ’70s). This 21-minute, instrumental EP is both pure Beak> and innovative in its own way. A soundtrack to a reading experience isn’t quite the same as the score to a film or a television series, but Barrow and company create a mood that is indeed cosmically ear-catching without drawing too much attention to itself. Kosmik Musik’s dense riffs, low-slung bass lines, and spiraling synth arpeggios thread the needle between crafting a mood and making music that’s interesting in its own right so skillfully that calling this background music of the highest order is far from an insult. – Heather Phares