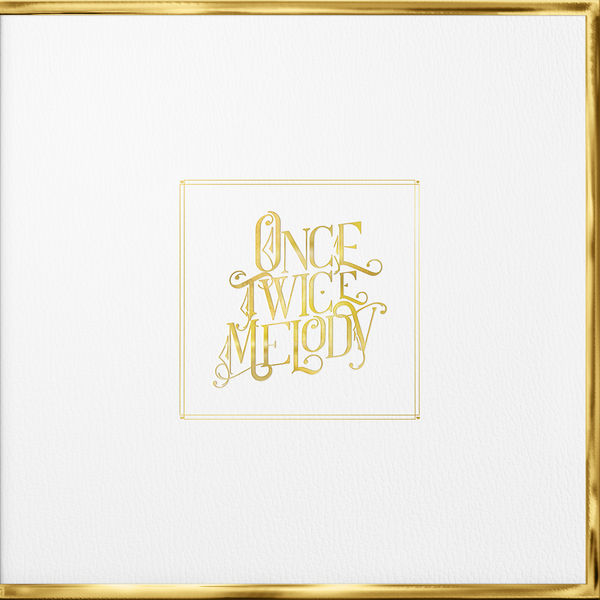 Once Twice Melody is the 8th studio album by Beach House. It is a double album, featuring 18 songs presented in 4 chapters. Across these songs, many types of style and song structures can be heard. Songs without drums, songs centered around acoustic guitar, mostly electronic songs with no guitar, wandering and repetitive melodies, songs built around the string sections. In addition to new sounds, many of the drum machines, organs, keyboards and tones that listeners may associate with previous Beach House records remain present throughout many of the compositions.

Beach House is Victoria Legrand, lead singer and multi-instrumentalist, and Alex Scally, guitarist and multi-instrumentalist. They write all of their songs together. Once Twice Melody is the first album produced entirely by the band. The live drums are by James Barone (same as their 2018 album, 7), and were recorded at Pachyderm studio in Minnesota and United Studio in Los Angeles. For the first time, a live string ensemble was used. Strings were arranged by David Campbell.

The writing and recording of Once Twice Melody began in 2018 and was completed in July of 2021. Most of the songs were created during this time, though a few date back over the previous 10 years. Most of the recording was done at Apple Orchard Studio in Baltimore. Once Twice Melody was mixed largely by Alan Moulder but a few tracks were also mixed by Caesar Edmunds, Trevor Spencer, and Dave Fridmann.

Beach House’s ambient dream pop has never lacked for scale, but the duo’s eighth album is a whole other level of ambitious. Clocking in at more than 80 minutes and with 18 songs, it was originally released in “chapters” over several months. It’s also the first time the band has used a live string ensemble, which dramatically ups the cinematic quality, which on the grouping that is chapter one (tracks one through four) means the feel of a gauzy French new wave film that never quite comes into focus. Guitarist Alex Scally has described it as the “most metaphysical chapter,” and there’s a rumbling, outerspace quality to “Superstar,” which singer Victoria Legrand has called a “cosmic love song.” The title track comes on like Stereolab on ice. “Pink Funeral” is big and beautiful, with its nervous strings, stuttering percussion and scene-setting lyrics: “Swans on a starry lake/ Hearts that were made to break/ Tears through a white lace veil/ Pink funeral.” Legrand’s own vocal echo is like a shadow haunting herself, while a harp glissando offers a flash of bright light. Chapter two (tracks five through eight) moves from outer space down to the clouds, with the melody of “New Romance” sounding like a slide right through the fluffiest of cumulus. The synth on lovely “Runaway” creates a vibration effect that’s almost disorienting, Legrand’s voice bulked up in robotic layers as she sings, “My little runaway … Are you sliding down the tops of cars/ Your hair melting into silver stars?” And “ESP” is a mind-bender, worth turning all the way up to catch all the weirdness going on—buried drums that sound like they would be monstrous if any closer, static fuzz tuned in from some faraway source, gorgeous strings. Moving forward, things become even more earthbound: the racing rock drums on upbeat (for Beach House, at least) “Only You Know,” the warm and gentle acoustic guitar of “Sunset,” the beautiful Elliott Smith-like melody of “Another Go Around.” There are shades of the Shangri-Las on the simple but regal “Finale,” and Karen Carpenter on “The Bells.” It’s the perfect music for shopping at Anthropologie, and there is nothing wrong with that. – Shelly Ridenour