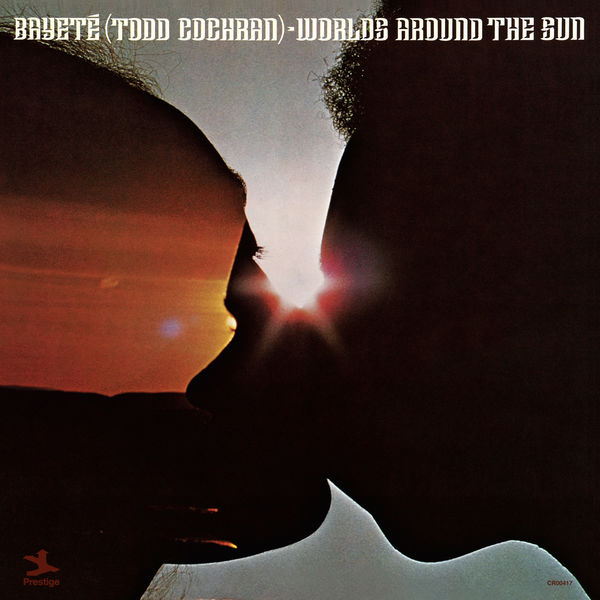 Pianist Todd Cochran first made his mark as a teenager playing with saxophonist John Handy, sitting in on occasional Bay Area jazz sets (one of which made it to John Klemmer’s Intensity album), and being featured on Bobby Hutcherson’s 1971 Blue Note album Head On when he was just 20. So, while he wasn’t exactly a child prodigy when he got around to recording his first solo album in 1972, expectations—if there were any—were probably that it would be a fine, if unsurprising piece of work from a young player establishing his place in the West Coast jazz scene. Instead, Worlds Around The Sun—released under Cochran’s stage name Bayeté—is plenty surprising. Deeply funky, and very much of its moment, the album didn’t make much of an impact on its release, but has become a crate-digger icon and a touchstone of a peculiar moment in modern jazz as it neatly distills the sounds of the genre transitioning from “electrified jazz” into a more omnivorous fusion of jazz, funk, soul, and Afrocentrism before all of it collapsed into “smooth jazz” a few years later. The modal, funky vibey-ness of all of the cuts here is era-specific, as is the interplay between Cochran’s electric piano, the free-blowing horns, and the enveloping percussion. The 12-minute-long cut “Bayeté (Between Man And God)” is the album’s shaggy centerpiece, full of beaded gourds, fat keyboard chords, and skronky sax, but other, shorter pieces like “Njeri (Belonging To A Warrior)” (with its flutes and loping piano lines) and “Eurus (The Southwest Wind)”—which combines a deeply chill vibe with complex basslines and exploratory keyboard work to make a Mwandishi-esque version of jazz ambient)—are just as dynamic and progressive. Of course, there are some (relatively) straight-ahead numbers, too: “It Ain’t” is an attention-grabbing album opener, pushing Cochran’s remarkable piano virtuosity to the fore, and “I’m On It” is three minutes of straight funk. And then there’s “Free Angela (Thoughts… And All I’ve Got To Say)” While the lyrics don’t quite measure up to their subject (they are, in total, “free Angela” repeated a few times), the spacious structure of the tune and the crunchy wah-funk and crashing drum groove have made it a favorite sample source. Out of print for nearly 40 years, this album saw a CD reissue in 2014, but is now getting a proper vinyl and hi-res reissue.