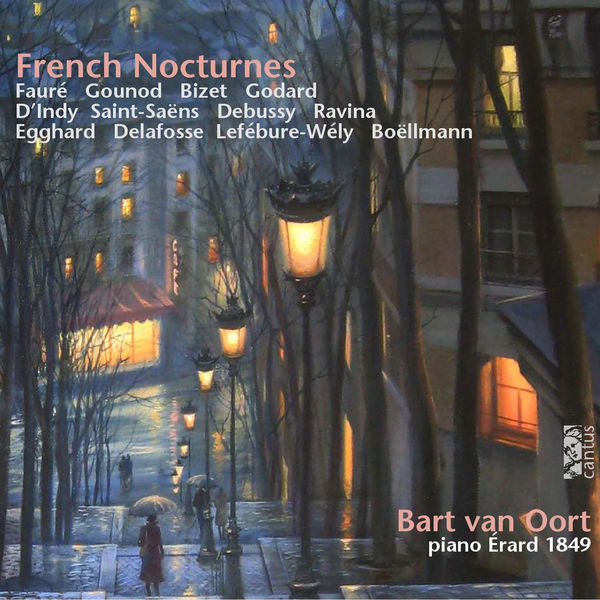 During the last months of 2014 it was decided that we had to contact one of the artists we admire most, the fantastic Dutch fortepianist Bart van Oort, and offer him (nearly beg him, we first thought) to agree to do some projects for Cantus. Repertory? Carte blanche, the one he wanted. When? When he felt ready. His answer was almost immediate: “I don’t want to just make an isolated record, I prefer that we do a project that takes us several years. We can continue the series that I started years ago with the Brilliant label, dedicated to one of the most beautiful and deepest pianistic genres, the Nocturne”. Bart van Oort, the mythical pianist who had won a Diapason d’Or – and many other awards – for his extraordinary album of 4 CDs containing Chopin’s & Field’s nocturnes, and a selection of nocturnes of European composers, was suggesting to do a project that we had already dreamed about…. So, in a short time he began to give it form and sent me a selection of possible repertoire for the first two CDs, dedicated, respectively, to “French Nocturnes” and “Russian Nocturnes”. We now have the immense honour of presenting the first recording of this project, a wonderful album dedicated to the French Nocturnes of the second half of the 19th century.Towards the end of the nineteenth century the character of the French Nocturne became increasingly melancholy. This relates perfectly to the sociocultural developments of the period in which a feeling about the end of western civilization arose. This period is now called Fin de Siècle (Turn of the Century; the later label Belle Époque attempts to describe the positive features of the period) was full of social unrest on the one hand; an élite, almost decadent world of art on the other. Seen from a distance in time, these may seem to have been golden decades. In reality there was a feeling of ‘dancing on the volcano’. The l’art pour l’art of the middle of the nineteenth century gave way to Decadentism, basically an elite trend striving for beauty and purity. But the awareness that all beauty must perish explains the underlying inclination towards illness, death, morbid eroticism and deep religious feelings found in much art of the period.

The character of the late nineteenth century French nocturne fits seamlessly in this Fin de Siècle sensibility: lush and pearly but also melancholy, sombre, hypochondriac; and grise (grey), as the French called it. The connection between music, painting, and literature in the age of Decadentism is reflected in Marcel Proust’s famous cycle À la Recherche du Temps Perdu (A Remembrance of Things Past.) Proust modelled the character of Charles Morel after composer Léon Delafosse, whose Nocturne is included in the present recording [track 5]. Names of poets like Beaudelaire, Verlaine (the poet of Reynaldo Hahn’s Chansons Grises) and Rimbaud come to mind: poets outside the well-to-do elite who perished in poverty and misery through inappropriate social behaviour and alcohol consumption. Decadentism also coincided more or less with the more light-hearted aesthetic of Impressionism. For many artists, Decadentism was a passing phase in their lives; perhaps one could say that Decadentism perished because of its own morbid extremes, sometimes together with the artist. Claude Debussy (1862-1918), the last composer featured on this recording, provides a beautiful example of the escape from Decadentism through the lighter style of Impressionism.