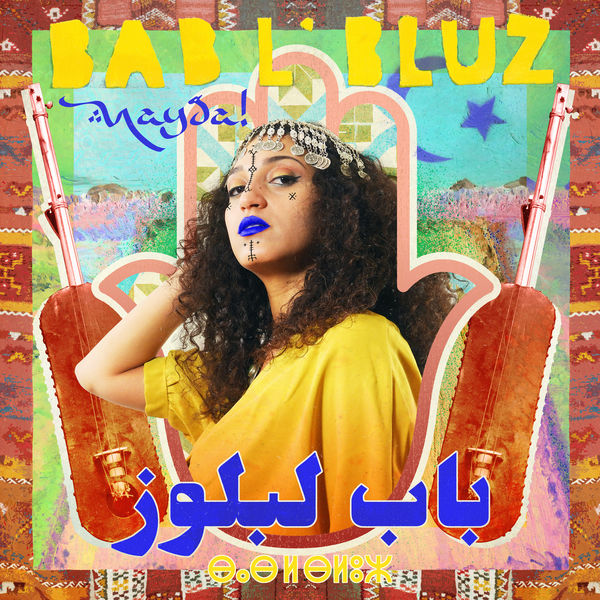 Nayda is a new word which means to both get up and to party. It’s also the name adopted by a new generation of moroccan artists and musicians who showcase a contemporary cultural identity in which traditions are modernised and galvanised by outside influences. Bab L’Bluz are a great example. At the head of this Franco-Moroccan outfit is Yousra Mansour who has broken prejudice by adopting the rhythms and instrumentals of his Gnawa compatriots (until then only practiced by men) and addition rock’n’roll spirit, full of blues and various other influences (chaâbi, funk, Mauritian Hassani, Berber music, and psychedelia). Brandishing his little guembri awicha like an electric guitar, she sings, in traditional Arabic, vernacular Darija and English, about contemporary life, social issues, the people of Africa as well as uplifting anthems. At her side, is producer Brice Bottin who uses the guembri lute like a bass which works as a foundation for the other instruments. Flutes, iron krakeb castanets, drums, tablas, single-stringed viol rebabs and ambient loops spur on a sense of ecstasy and broaden horizons. Their compositions vie to be most original and of eclectic coherence, their cover of Waydelel by the late Mauritian divi Dimi Mint Abba bridges the past and the future. A future which, when listening to Nayda, is already here. – Benjamin MiNiMuM