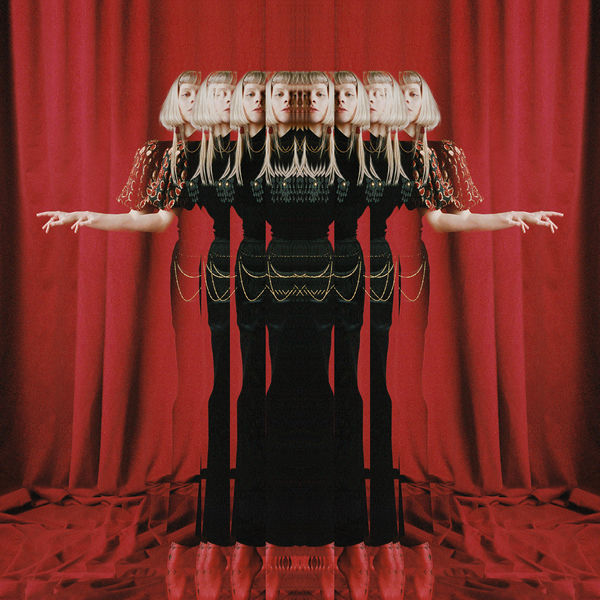 The Gods We Can Touch is an elegant and celestial but provocative album about shame, desire and morality, all seen through the narrative prism of Greek mythology. In each of the album’s fifteen songs we meet a different god. Featuring lead single “Cure For Me,” the album is ultimately “a celebration of being human, and what makes us human.”

Whereas her debut album, All My Demons Greeting Me as a Friend, was an introspective work, and follow-ups Step 1: Infections of a Different Kind and Step 2: A Different Kind of Human concerned broader humanity, Norwegian pop star Aurora Aksnes examines behavior through the lens of mythology on her fourth album, The Gods We Can Touch. She came up with the unifying idea after writing the electro-pop ditty “Cure for Me,” a song about divesting herself of shame (“I don’t need a cure for me”); it made her think of Panacea, the Greek goddess of remedy. AURORA’s next step was to rent a castle in the mountains to record the rest of the album (with longtime producer/co-writer Magnus Skylstad and others). Unexpectedly immediate and often warm and restrained despite its elaborate approach, The Gods We Can Touch mixes natural, live-sounding vocals and acoustic instrumental performances with ethereal processed harmonies, drum machines, synthesizers, and various programming. Committing to a more spontaneous sound, songs including “Artemis” and “Exist for Love” were reportedly first takes. The sparse “Artemis” tells its seductive narrative with a Mediterranean flair that includes fingerstyle guitar and bandoneon as well as some of those otherworldly layered vocal harmonies (and Theremin). An album highlight, “Exist for Love,” is a more tender, likewise mostly acoustic, track that begins with the line “They say there is a war between the man and the woman.” It soon eases into a soaring, strings-swept melody as the singer professes her love. “Exist for Love” isn’t the only song here with a dreamy, almost ’40s Disney-like musical romanticism that contrasts with club-ier synth-bass tracks to epic effect. Members of the latter category include “Temporary High,” a dark, post-punk-shaded outing that warns of fleeting affection, and the forbidden-love anthem “Blood in the Wine,” which channels a defiant electro-pop softened with piano and acoustic guitar. The album’s varied textures and elevated subject matter culminates in the four-minute outro “A Little Place Called the Moon,” which returns to a vintage, theatrical orchestral pop and leaves listeners on a magical note. While The Gods We Can Touch is ultimately a pop record, it only expands upon AURORA’s already mystical bearing. – Marcy Donelson