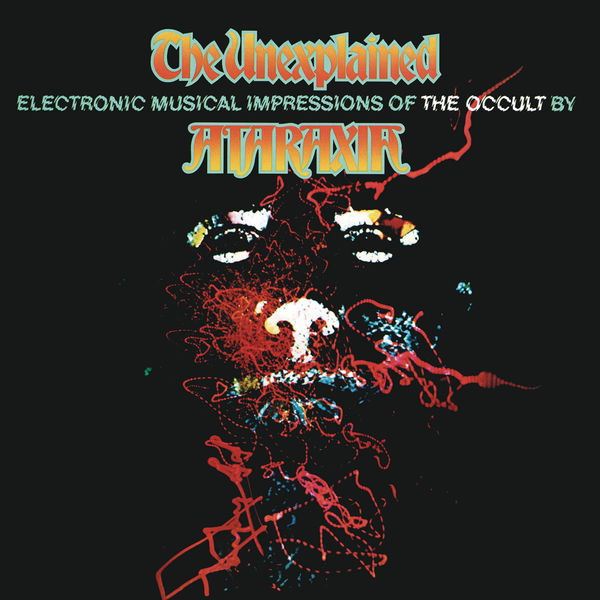 Though it was released under the name Ataraxia, The Unexplained is one of innovative electronic composer Mort Garson’s best-known albums, along with Lucifer’s Black Mass and Mother Earth’s Plantasia. And while ataraxia is a term for inner calm, this wild exploration of supernatural phenomena couldn’t be further from that state of mind. During the late ’60s and early ’70s, the occult was a major pop culture trend, and one that Garson dove into deeply with Black Mass and his astrology-themed series. As on those releases, the unearthly sounds of his Moog are perfect for expressing the magical and mysterious. On the opening track “Tarot” alone, he combines weightless atmospheres, metallic percussion that feels like a precursor to Suicide’s taut mechanical rhythms, and organ-like tones that belong in a church — or a horror movie. “I Ching” is even more lurid, with a monstrously fuzzy bass drum, brittle cymbal-like crashes, and gurgling textures. Here and on the misty layers and jump scares of “Sorcerer,” his expertise as an arranger shines as he balances his outrageous sounds with the album’s consistently eerie mood. Garson also finds an inspired equilibrium between the playful and serious sides of the supernatural. The delicately eerie “Deja Vu” is one of the album’s subtler tracks, with a prickly counterpoint that rivals “Tubular Bells” when it comes to elegant creepiness. By contrast, “Astral Projection” is outlandish, with multiple sections and tempo shifts, but it’s equally artful in how it portrays its concept. As transporting as it was in 1975, The Unexplained remains a cult classic, and Sacred Bones’ 2020 reissue — the first official release of the album in 45 years — is long overdue. – Heather Phares