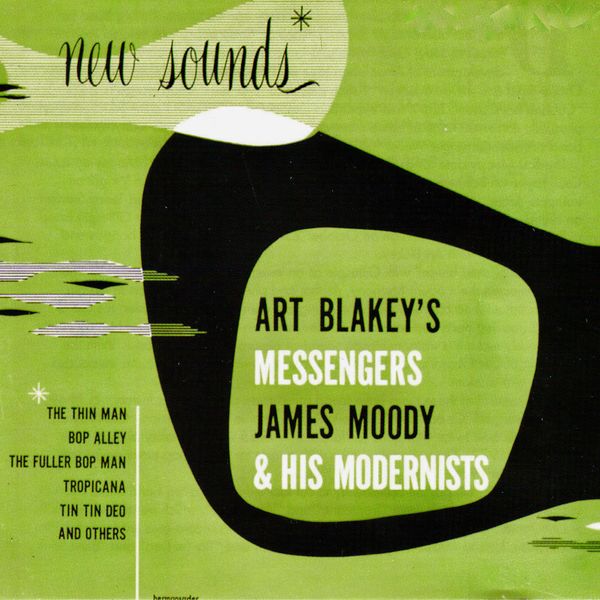 New Sounds was originally a 10″ LP compiling previously released 78 rpm records on the Blue Note label. A CD reissue with the same name and cover appeared in 1991, but while using many of the same personnel, had only two tracks in common with the original LP. It instead compiled a distinct James Moody 10″ LP (James Moody and his Modernists, BLP 5006) with the Art Blakey tracks and included several tracks previously unreleased on LP or any format. Conversely, the tracks omitted from the CD, which were on the Moody LP, have not been reissued on CD.[