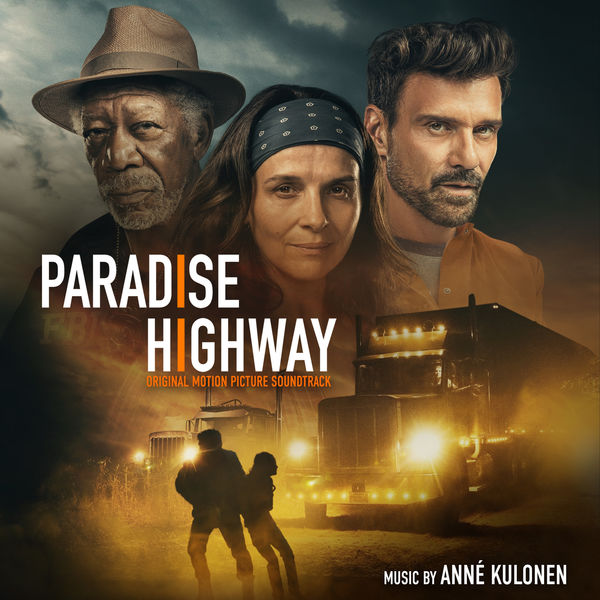 Paradise Highway is a 2022 thriller film written and directed by Anna Gutto and starring Juliette Binoche, Frank Grillo, and Morgan Freeman. An international co-production between the United States, Germany, and Switzerland, the film was released in the United States on July 29, 2022, by Lionsgate.Anné is a Finnish-born composer, producer and songwriter working across a wide range of media, including film, commercials, theatre and dance.

Her music has been described as “cinematic, atmospheric and emotionally driven, often stylistically characterized by its blending of traditional instrumentation with contemporary electronic elements”.
Anné has scored TV commercials and brand films for a diverse range of global brands, including Nike, Toyota, IKEA, Under Armour, Pfizer and Epson. Her score ‘LIKE THE NIGHT’ for the iconic camera brand Leica won multiple awards in 2020/2021, including Creative Circle, Ciclope and Cresta Awards. Other award-winning work includes ‘THE TWO LIVES OF SARA’ for Roche and most recently her score for Nike’s ‘YOU CAN’T STOP US: VICTORY SWIM’ campaign, which won multiple awards in 2021, including a Wood Pencil at the prestigious D&AD Awards.

In 2020 Anné scored her first feature film, WWI drama ‘THE WAR BELOW’, directed by JP Watts and starring Sam Hazeldine. The film was theatrically released in 2021 and is currently available on most major streaming services, including Netflix, Amazon and Apple TV.