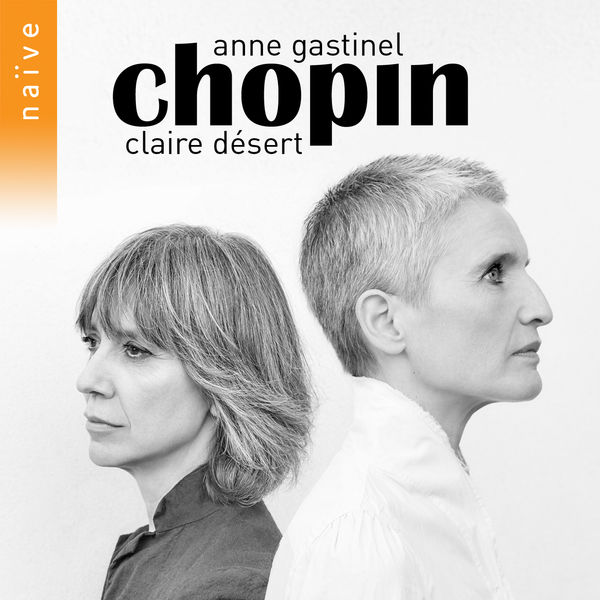 Other than the piano, there were few instruments on which Chopin focused his attention, which makes this album featuring cellist Anne Gastinel something of a rarity. Their united voice – as always, remote from the chorus of the mundane and the media-fixated – is a subtle, inspired cantilena. For here it is all about the singing voice that Chopin declared to be his model, overtly influenced as he was by Italian bel canto opera. Anne Gastinel savours every moment, not only with the sense of refinement she shares with the greatest singers, but with a palpable musical breathing, sensitively illuminated at the piano by Claire Désert, an accompanist in the very noblest tradition.

Bel canto – the very words conjure up the idea of virtuosity, technical challenge. Chopin’s Sonata for Cello and Piano is all of that: an intense and extensive masterwork, its Largo one of the most beautiful elegies ever written, while its fast outer movements are a veritable tournament of skill between the two performers. The Sonata forms the keystone of this programme, in which the cello is decked out in all the finery cellists love to display: it includes the Introduction and Polonaise brillante in the arrangement by Maurice Gendron, where, as Anne Gastinel puts it, “the two soloists have an equal share in the virtuosity”, also two of Chopin’s Nocturnes arranged by David Popper (Op. 9 No. 2 in E-flat major) and Gregor Piatigorsky (No. 20 in C-sharp minor), and finally the Grand Duo concertant, a work jointly composed by Chopin and his cellist friend Auguste Franchomme.

Anne Gastinel here moves light-footedly through the piece, her voice always gentle, artless, never forced. Such confidence in a hushed tone of intimacy speaks volumes to the ear, as it listens between the lines, between the notes.