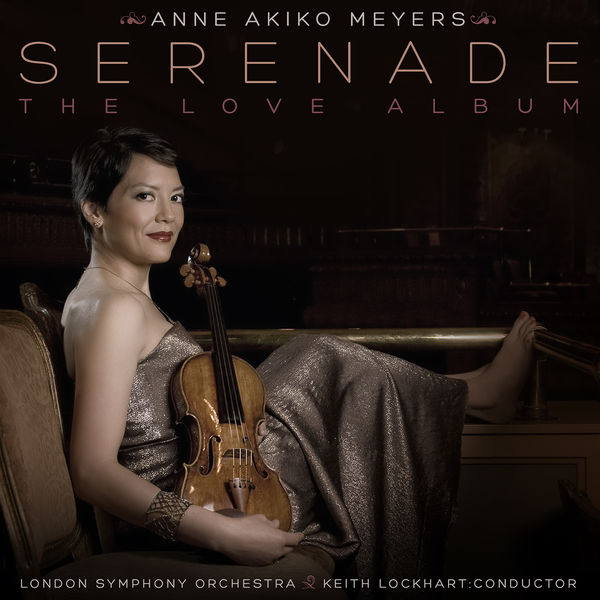 Without much fanfare, Anne Akiko Meyers has risen to the top of the heap in American classical music; she was the best-selling traditional classical instrumentalist in the U.S. in 2014. She does nearly everything well and puts it across effectively: she has strong fundamentals, a good deal of stage charisma, great programming instincts, and a couple of extraordinary violins to which she has lifetime access, including the 1741 “Ex Vieuxtemps” Guarneri heard here. It’s unusual to hear this instrument, with its purring lower register, applied to the likes of Somewhere Over the Rainbow, but the truth is that she applies its capabilities in novel and entirely appropriate ways. Leonard Bernstein is at the center of the program, which sets it apart from the usual collections of sentimental pop tunes; Meyers effectively plays the more abstract Serenade After Plato’s Symposium against film themes and popular songs by Bernstein and other composers, with tango accents from Gade and Piazzolla to break things up. It’s an exceptionally engaging program that uses Meyers’ basically lyrical talents to the maximum, and her aims are perfectly complemented by the London Symphony under Keith Lockhart. That might seem an unusual combination, but once you listen it makes perfect sense. And the same can be said of Meyers’ playing in general. Luxuriantly melodic, and highly recommended.