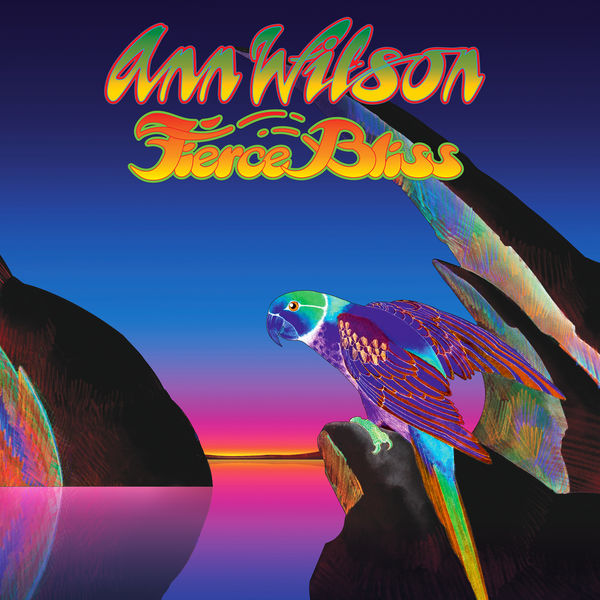 With Fierce Bliss, the legendary Rock And Roll Hall of Fame inductee Ann Wilson -recognized as one of the greatest singers of all time and co-founder of multi-platinum stars Heart- has created a supremely lavish, warm and seductive slice of rock ‘n’ roll which provides an instant soundtrack whether on the freeway or in front of the fireplace. Recorded between Fame Studios in Muscle Shoals, AL and Power Station, Waterford, CT, Wilson got together with famed Nashville session guitarist Tom Bukovac and invited several friends (including Warren Haynes, Kenny Wayne Shepherd and Vince Gill) to help fashion an album which carries the glow of an ochre sunset and the pristine vocals of a rock legend who still has every single unique octave at her fingertips. Fierce Bliss is truly an album which embraces all the finest qualities of classic American rock with the comforts and escapes that it can bring. Lead track “Greed” roars like a muscle car, Wilson’s rich voice hitting over drive, while “Love of My Life” is a beautiful rendition of the Queen classic featuring Gill on guest vocals which will strike empathy in all who hear who it. There’s the uniquely mysterious “Black Wing”, Wilson again the driver through a hazy, mystical journey, and a spectacular cover of “Bridge of Sighs”. The stomp ‘n’ roll thunders through “A Moment in Heaven” and Wilson takes charge of “Missionary Man” with a storming rendition that reframes the classic song. With album art created by the famous fantasy artist Roger Dean (Yes, Asia) whose work has sold more than 150 million copies worldwide, Fierce Bliss is destined to be the American rock ‘n’ roll classic album that speaks to millions of people and provides them with quality, assurity and good ol’ goddamn comfort in these turbulent times.