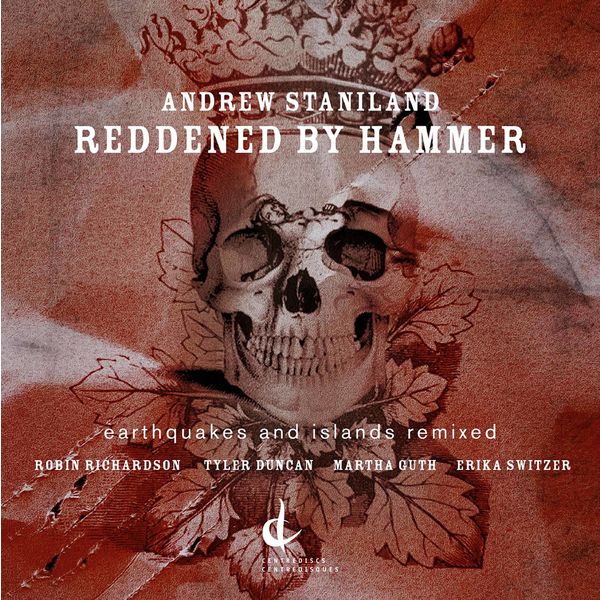 Andrew Staniland (b. 1977) has established himself as one of Canada’s most important and innovative musical voices. His music is performed and broadcast internationally and has been described by Alex Ross in The New Yorker magazine as “alternately beautiful and terrifying.” Important accolades include 3 Juno nominations, an ECMA award, the 2016 Terra Nova Young Innovators Award , the National Grand Prize winner of EVOLUTION (presented in 2009 by CBC Radio 2/Espace Musique and The Banff Centre), and was the recipient of the Karen Keiser Prize in Canadian Music in 2004. As a leading composer of his generation, Andrew has been recognized by election to the Inaugural Cohort of the College of New Scholars, Artists and Scientists Royal Society of Canada. Andrew was an Affiliate Composer to the Toronto Symphony Orchestra (2006-09) and the National Arts Centre Orchestra (2002–04), and has also been in residence at the Centre du Creation Musicale Iannis Xenakis (Paris, 2005). Recent commissioners include the National Arts Centre Orchestra, the Brooklyn Art Song Society, cellist Frances-Marie Uitti, and Les Percussions de Strasbourg. Andrew also performs as a guitarist and with new media (computers and electronics). Andrew is currently on faculty at Memorial University in St John’s Newfoundland, where he founded MEARL (Memorial ElectroAcoustic Research Lab).