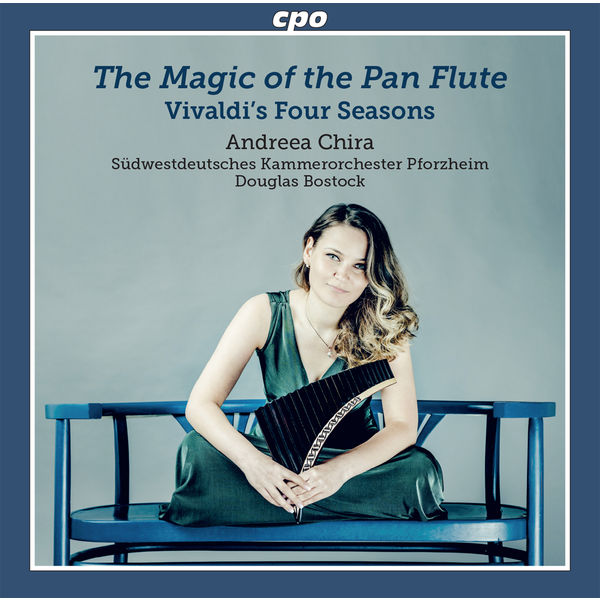 Antonio Vivaldi’s The Four Seasons is a milestone in music. On the one hand, the cycle is firmly anchored in baroque aesthetics, on the other hand, one is already moving in the direction of the galant style. In our new recording, Vivaldi’s works have been carefully arranged for pan flute with orchestra by the composer Carlos Pino-Quintana. The great challenge was to maintain or even emphasise polyphonic elements of the original solo part in the new instrumentation, to subtly transfer the technical characteristics of the violin to the pan flute, to find adequate keys, and to balance the resulting contrasts and timbres between solo and tutti in the sense of concerto grosso.In the process, the accompaniment of harpsichord as basso continuo, which otherwise would have appeared only as secco accompaniment in long phrases and sections, is omitted, which opened up new possibilities for the fabric of polyphony and gave the pan flute solo voice greater scope for expression and musicality. And lo and behold, the concertos sound as if they were written for the pan flute. This is of course also due to our interpreter Andreea Chira, who plays a historical pan flute “Nai” with an unmistakable timbre. An incomparable sound experience!