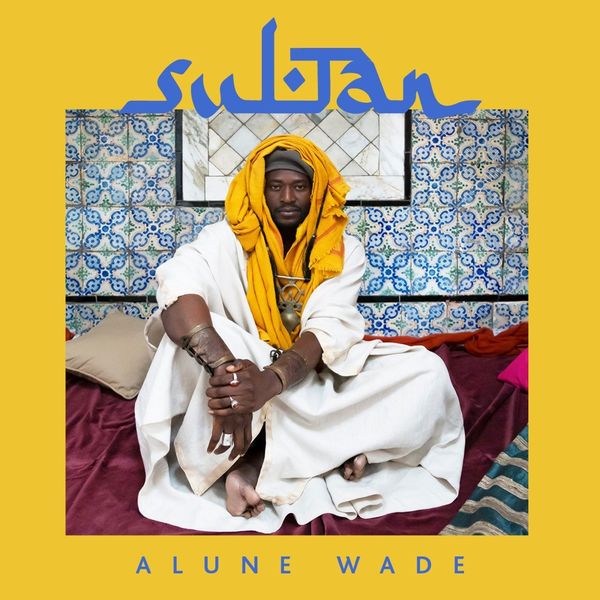 The seeds for Sultan were planted while Wade was wrapping up his fourth album, 2018’s African Fast Food, which included “Pharaoh’s Dance,” a song he says allowed a peek into what he’d been wanting to develop for some time.

“In 2018, I was fascinated by a potential meeting between the musics of East Africa – notably Ethiopia – and Egypt,” Wade says from his home base in Sartrouville, near Paris. “My ensuing travels – and there were many – allowed me to meet artists from the diaspora that you find in New York and Paris. This dynamic melting pot was enriched by my passion for jazz, highlife and Afrobeat. So, I just went deeper and deeper into my private musical laboratory, seeking to fuse these styles without losing any of their respective textures.”

But Wade’s reflections go well beyond mere music spheres. He has always displayed a sensitivity to the historical, social and political turmoil of our times and these infuse these 12 songs, as explained in the adjoining liner notes: “I have never stopped reading. And I decided to go on a philosophical mission based on Africa’s untold history: I wanted to recount it in another way, take off layers of revisionism, inch closer to the original sources.”

The COVID-19 lockdown gave him some breathing space in an Ile-de-France home shared by his partner and their child. Wade’s vision sometimes strayed the Mother Continent’s diaspora: “I read a book on the Falasha and their tragic uprooting and experiences in Israel. Its author, French Senegalese intellectual Tidiane N’Diaye reflects on the deep injustices and mistreatment these Ethiopian Jews went through in their odyssey, both at home and in the country that ‘welcomed’ them. Despite this, however, it made me feel that there remains an unbreakable link between Africa and the Middle East. I’ve been trying to expand on it.”