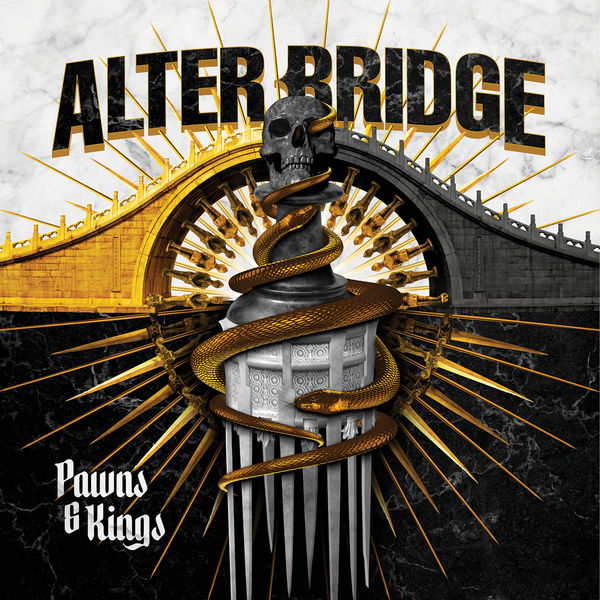 2022 release, the seventh album from the hard rock quartet. The album is the follow-up to their 2019 album Walk the Sky.Alter Bridge bring the muscle on 2022’s Pawns & Kings, their mighty seventh studio set and first since 2019’s Walk the Sky. The Floridian post-grunge survivors keep their formula intact, working with longtime producer Michael Baskette on one of their heaviest outings yet. While there may be few surprises here, Alter Bridge have settled into a rather consistent groove over the past decade, playing to their melodic hard rock strengths while working within a set framework. Almost progressive in length, weighty songs like the “Fable of the Silent Son” and the title track lean into the band’s power and fantasy metal tendencies. At this point in their career, the core duo of singer/guitarist Myles Kennedy and lead guitarist/singer Mark Tremonti presents a streamlined front bolstered by rhythm section Brian Marshall and Scott Phillips, a brotherhood that remains unchanged since the group’s 2004 debut. From the opening battle cry of “This Is War” to the slick and tuneful “Last Man Standing,” Pawns & Kings adds another reliable and tightly crafted volume to Alter Bridge’s robust canon. – Timothy Monger