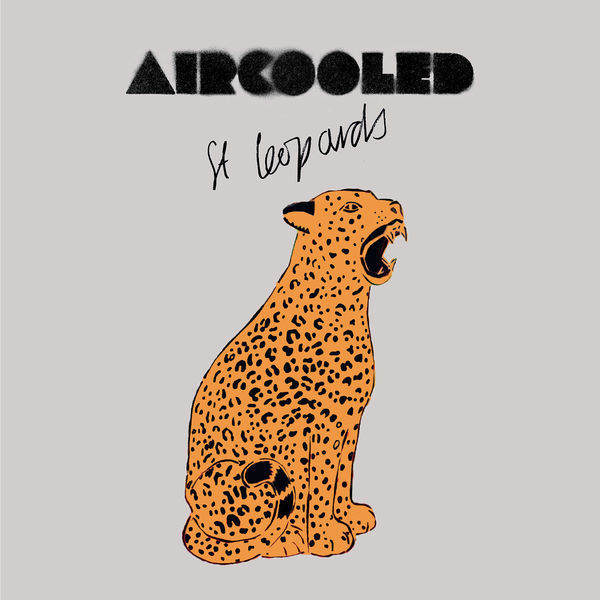 Brand new krautrock-influenced material from Elastica’s Justin Welch, Dollboy’s Oliver Cherer and Riz Maslen (fka Neotropic). Think Neu!, Can, Amon Düül II.What is about about motorik-powered krautrock sounds that keeps them simmering so reliably thru the UK indie scene? This time it’s Aircooled, a new band from Justin Welch, Oliver Cherer, Katharine Wallinger and friends, who step into the ring, with their four-track debut album “St. Leopards”. And if you’ve heard the canon – from Neu! to Spacemen 3 to Electrelane and beyond – then you’ll know broadly what to expect. Sixteen minute opener leads us off with reliably propulsive fill-lavished 4/4 drums, rising synths and the kind of twisted psychedelic guitars that’ll have you conversing in rudimentary German within moments.

While it’s not the most original material, it’s clear that Aircooled are enjoying the exercise, and the more they lean into synthesis, the more their sounds approach Stereolab territory which is no bad thing. The album’s other long-form cut ‘Offenhausen 360’ is a good example of this, harnessing a powerful funk bassline and splitting into trippy analog synth noodling in the third act. But the record gets really interesting when the krautrock influences are pushed to one side: ‘Supamotodisco’ is a sweltering Italo disco belter that shouldn’t be overlooked.