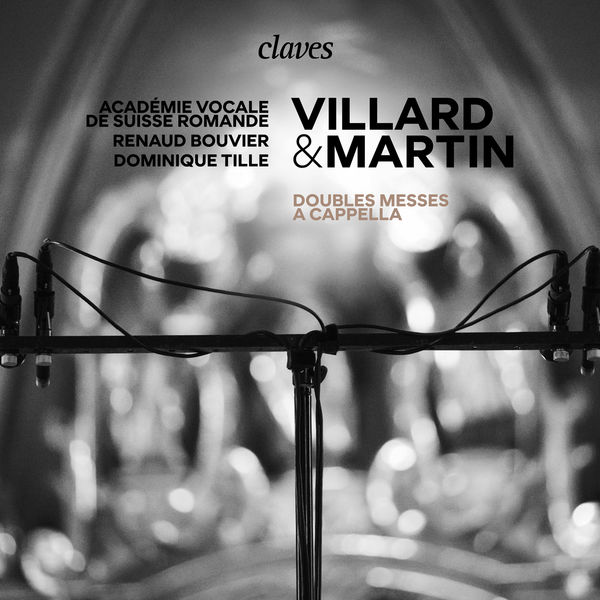 Frank Martin’s Mass for Double Choir a cappella is one of the repertoire’s most widely performed monuments, and Valentin Villard’s Mass for six voices could well follow in its footsteps. Although 90 years separate these two works, there is an evident filiation between Frank Martin and Valentin Villard. Both composers develop their own harmonic language based on contemporary practices, seek lines of great vocality and explore the orchestral dimension of juxtaposing human voices. Furthermore, both put their writing to the service of an expression of interiority devoid of affectation, with total sincerity and the same ethical and artistic aim.

Frank Martin wrote his Mass for Double Choir a cappella in 1922 (except for the Agnus Dei, which dates from 1926) but did not intend it to be performed publicly or even published. It was not until he composed In Terra pax at the end of the Second World War that he considered writing sacred music for public performance. Then, after having produced Golgotha, Le Mystère de la nativité, Pilate, Psaumes de Genève and Maria-Triptychon, he agreed to satisfy the curiosity his Mass had aroused. The piece was finally premiered in 1969. What followed is a well-known fact: Frank Martin’s Mass for Double Choir became one of the composer’s most famous works, although it is daunting to perform. It is, however, written in a straightforward modal and diatonic language, which only remotely anticipates the refinement and strong personality of Martin’s works from Le Vin herbé onwards.

Valentin Villard’s Mass for six voices is written for choir a cappella and a sextet of soloists within the ensemble. In this sense, it is also a mass for double choir, one being contained within the other. Written between 2008 and 2011, it is one of the young composer’s few pieces that were not commissioned. Its writing is ample, generous and dense; it explores the choir’s orchestral dimension, building on the tonality or breaking away from it, giving rise to refined and precise harmonic clouds through astonishing aleatory passages. Its performance is also very tricky: through the simplicity of his writing, the composer achieves the musical density and depth that are now his hallmark.

With this recording of Frank Martin and Valentin Villard’s Masses, the Académie vocale de Suisse romande intends to compare two works that present a strong bond of filiation. The ensemble also wishes to value its close relationship with past and present composers from the French-speaking part of Switzerland.