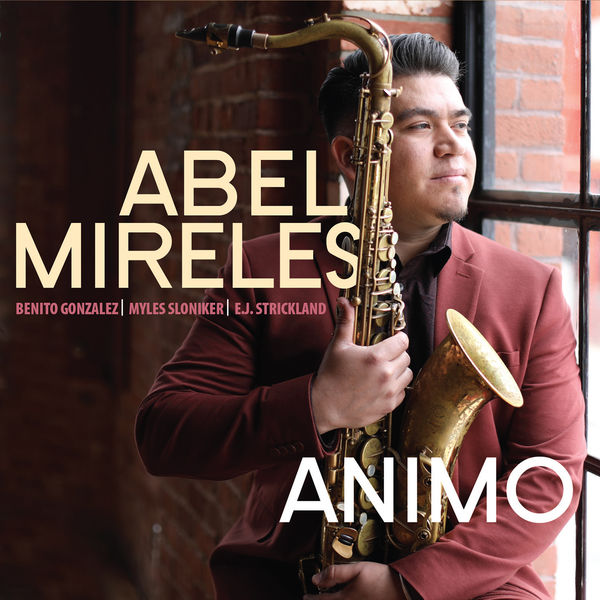 A healthy relationship developed with a parent is essential to the well-being of a child. The effects of a warm word or a bit of advice can last a lifetime when it comes from someone you love. Saxophonist/composer Abel Mireles dedicates his new recording, Animo, to his father, an important influence and benefactor whose words the younger Mireles uses to inspire his music.Having grown up in Juarez, Mexico, Mireles and his family experienced life much differently than most of his collaborators. Mireles and his brothers were brought up in a musical household and were drawn to performing. Music was not provided in their schools, so they had to find after school programs to pursue their muse. This is where Mireles met teacher and saxophonist Fortunato Perez, who introduced Mireles to the sounds of jazz and Charlie Parker.

Music became Mireles’s passion and, with his family’s help, he was able to continue his studies at the University of Texas El Paso, where he studied commercial music. Mireles remained in El Paso after graduating, becoming engrained in the local music scene and met his wife, vocalist Candice Reyes, on the bandstand.

While Mireles was in El Paso, his father had retired from his factory job and had become a security guard for a day care center. One day, a drug trade related shooting occurred across from the day care. Mireles’s father witnessed the young shooters and was fired upon, getting hit in the leg. The injury eventually led to a bad turn in his health and, after a few scares, a heart attack took Mireles’s father in 2013.