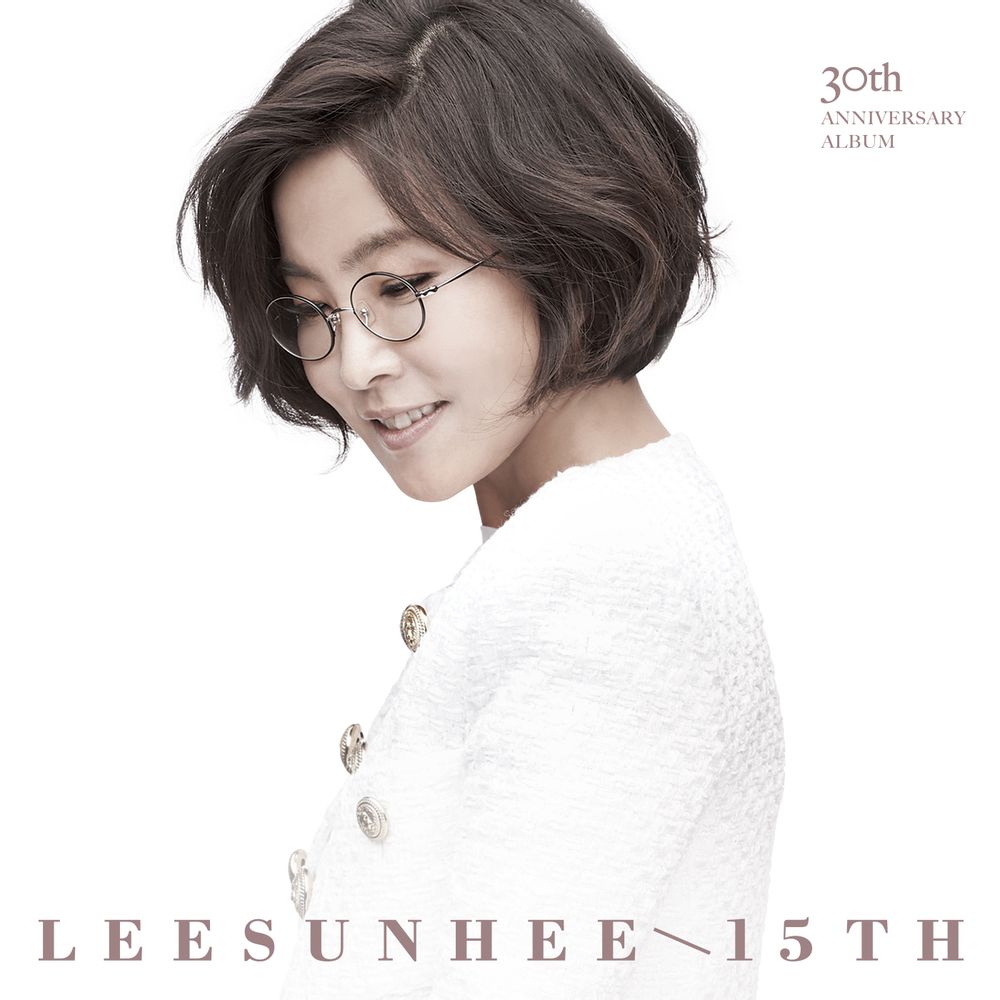 Than the warm spring sunshine voice!
Republic of Korea represents Diva! Lee, Sun – Hee is back.

Lee, Sun – Hee this album for a long time, as well as the music of singer Lee, Sun – Hee-awaited public who have a significant meaning. Released by breaking the long space of regular at 15 Lee, Sun – Hee album to commemorate the 30th anniversary of the debut album because it is special.

Each piece of the album, and the best singing and beautiful prehistoric masterpieces to show the best aspects of the singer vocalist Lee, Sun – Hee! She has over 30 years the music on this album to look back in life, more maturity and depth of the music and to showcase infinitely delicate and soulful vocals. Mature album than ever for the public and the breath of one heart and one that put 15 home Prepare album ‘Serendipity> emanating from the small stature of the deep sound of the music industry has captivated the hearts of national queen Lee, Sun – Hee! She moves to the music of the great expectations of stakeholders and the public interest, as well as being hot.

River Festival in 1984 a little girl who appeared like a comet! Flowed from the face of the girl aetttin ‘J to’ the people instantly captivated people go ‘J to’ become. Song was shy ‘girl’ is the music industry’s unique obsession ‘legend’ was. Lived for 30 years with the music and the story of a long time! In this album, it’s 15 songs in which the singer is Lee, Sun – Hee.

Chance to meet with the fate of the “Serendipity (Serendipity)” mean, like 30 years ago, music songs Meet regarded as fate would have lived 30 years in this era of national singers Lee, Sun – Hee. Her musical skills are the 15 best: Home beautiful memories to tell the fans and also the top of the message.

Strong convergence of the depth of this album featuring music singer-songwriter Lee, Sun – Hee can meet. All 11 of the composer directly to 9 led to a calm and even emotional naemyeo aeteuthan covering three aspects showed sensitivity as a musician. 15 house album ‘Serendipity> Lee, Sun – Hee is a singer-songwriter genre, as well as the best part of the notable participation of musicians.

First MBC , , Nancy was a producer, 2AM, yunmirae composer worked on albums such as “MISS KAY” and co-producer is in charge of Lee, Sun – Hee from the old school ballads, pop elements from various genres of music found dissolved in 2014 tastefully modernized. Here are the current popular music’s top trends led two side kick and hit maker composers bakgeuntae, 2nd yujaeha music contest target receives a genius musician called gochanyong, YG’s less than or equal to, 2NE1 GD & TOP, Seo’s work arrangements that have been involved in Sunwoo composer Zheng, sensual and delicate as a leader in the lyrics to grab the public’s mind on a project to epi ton! The sons of the best musicians across generations through the work of Lee, Sun – Hee more advanced musical challenge raising the expectations for this album.

Only in the Republic of Korea Lee, Sun – Hee only capable of emotional

“Fun to listen to the song ‘efforts to increase singer Lee, Sun – Hee not stop there. Five years time in painstakingly prepared album order to create the best music as a piano or guitar melody and only one voice will whisper to one song from pop, rock, orchestral, acoustic songs with various genres of colorful incessant 30 years for attempting to transformation through the years will be able to feel the flow of life.

Compose a smile, cry … Lee, Sun – Hee Took title track ‘to meet him while you>

Nancy ‘You do not love Joe PD’ friend “and composed many hit songs to write songs bakgeuntae IU producers, K.Will, Brown Eyed Girls’ songs were written by the hathan lyrics and the lyrics for the title song Kim the instrument array technique minimizes the understated, minimalist arrangements melodic pop style with an impressive trendy song songs sound, but the sound of a deep well of Lee, Sun – Hee passed is well-made pop ballad. Spring of 2014, which sounds like the best encompassing all generations ’emotional’ is expected to gather a ballad.

? is a minimalist acoustic instruments such as guitar and spread configuration kyeosyeon pop ballad composed only dim memories of childhood neighborhoods remained vague yetsarang up the mood of the song is now buried deep emotion, as one kind of instrument bring up the lyrics in the chorus line, as one appreciates one’s vocal Lee, Sun – Hee eup cooking alone in front of the voices of childhood, love and regret that the neighborhood was hovering putput and make the best side kick with a sensational two queen producers collaborate with Lee, Sun – Hee crossing over three naeeotda sensitivity achieved consensus.

? the convenience of watching an old movie with a vintage feel, yet seductive ballad of Lee, Sun – Hee analog sensitivity to stimulate the faint voice of song. LP version coming out in march to revive the feeling painstakingly meticulous musical recordings and added maturity. Old memories and nostalgic atmosphere and modern retro-style arrangement only added Lee, Sun – Hee singer can convey deep emotion you can feel.