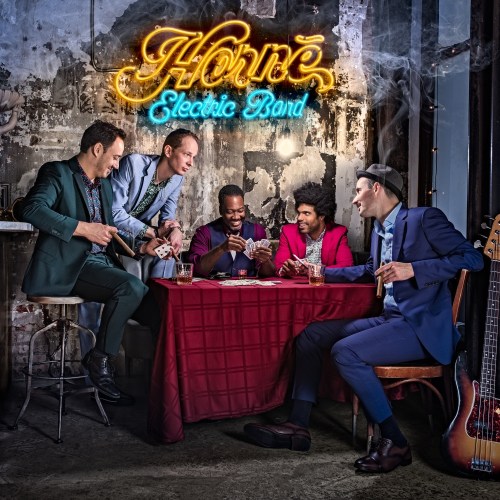 With a whimsical grin and a contagious beat, the Horne Electric Band brings horn driven electro-funk to the stage. On the cusp of their debut record, the HEB has long tantalized audiences with dozens of shows in New York. They’ve been featured on BRIC TV and at Blue Note NYC among other places, and can be caught out after curfew regularly at The 55 Bar in the West Village. With vigorous trumpet sparkles, luscious saxophone dances and otherworldly electronic adventures over potent grooves, the groups’ spirit and energy is nothing short of infectious.

The Horne Electric Band is an electro-funk group generating a buzz for their infectious beat and whimsical musical personality. Hailing from New York City, they’ve logged over 50 shows in the northeast and several international tours since their inception in 2017, over that time codifying an identifiable band sound.

Horne Electric Band is rooted in the sounds of classic funk, jazz, and soul of the 60’s and 70’s and pushes forward with a modern aesthetic. They integrate current electronics soundscapes with horn-section-centric arrangements and approach the stage with spontaneity and virtuosity to create a band dynamic uniquely their own.